The concept of single minded proposition is a bygone story, today advertising is all about creating, building and selling the brand aura. 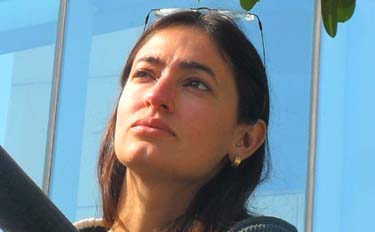 “The concept of single minded proposition is a bygone story, today advertising is all about creating, building and selling the brand aura.”

“One thing which is very clear about the Indian DNA is the tendency to share perspective on everything, but it is rather strange that it gets so hard to share perspective on your own life, irrespective of the number of years in your Pan card,” murmurs an effervescent Vartika Sahani, Planning Supervisor at Cheil India, during our first encounter with the young ad executive. She adds, “Now when I look back to what I did and why I did, I think I can decode myself and I kind of like it.”

Having spent her early years in Kuwait where she completed her education, Sahani had dual interests on her mind at that time. One was Shakespeare and English Literature, and other, computers. To satisfy both her urges, and to strike a right balance between her likings, she completed graduation in English (Hons) along with Bachelors in Computer Applications from Gulf University!

However, fate had other plans in store for her. In class while she was busy learning and reciting poems as well as software programmes, outside the class room it was art that started attracting her. So much so, she got herself associated with Indian art circles and started hosting their shows. It was during that time that her affinity towards stage shows grew. Sahani fondly chuckles, “The fervour was no less than a dope on stage wherein I not only controlled people but also kept them engaged.” Her best memory of her early art-inclined days was when the Indian Ambassador to Kuwait made an observation about her. “He told me, ‘Speak and you will get there.’ Today, when I think about it, every show was like a presentation beginning to end. Each show was a new pitch, a new brand where subject knowledge was gilded with presentation styles and I learnt the important lesson of understanding the audience pulse that I call TG now.”

Little did she know that she had already charted her way toward the world of advertising. Soon after becoming president of the youth wing of Indian Art Circle, Sahani worked on her first integrated art show along with her own team. Her newly found squad not only decided on events, but looked after a host of other activities including printing of flyers and fixing spot places. Soon after learning a few vital lessons from her art union, Sahani listened to her calling and enrolled herself in Indian Institute of Mass Communication (IIMC) to officially step into the world of communication.

Her time spent at IIMC was the building block of her career. As she says, “The course, the people and the researches were no less than a challenge but I didn’t just like it. In fact, I loved it and decided to work in India only because I realised that what India as a community and with its environment can teach you, no other country can. Largely because it is here that everything converges, be it beliefs, languages, customs or culture.”

However, at this point, the dinar to rupee difference did bother her a bit, but Sahani nonetheless joined McCannHealthcare in Delhi as an intern. During her stint at the agency she worked on brands like Nestle Malaysia and Singapore, Moolchand Hospital, US AID-WHO ORS project and Ministry of health among others. It was her determination and the fire in her belly that compelled her to deliver nothing less than excellence. As within just three months of joining she was a confirmed AE at the agency. But soon after completing six months at McCann, Sahani hopped to Rediffussion Y&R, which later proved a nurturing ground for her, as she not only got the oppoetunity to handle multiple brands like Amway, Religare, Samsung, GIVO, Sleepwell, GPI (Red&White, Tea City), Purearth (Central Square & Park Square), Daawat and Makaan.com, but she also learnt the art of partnering with brands.

During her first year itself at Rediffusion, Sahani earned herself a 100 per cent increment and a double promotion followed by the Young Achiever’s Award. As it is said, a word of praise is worth a thousand pennies. Even the Group CEO acknowledged her solid contribution to Rediffusion’s growth!

Not resting on her laurels at a young age, it was again time for Sahani to adhere to her calling. This time it was the field of planning that drew her. But then she had to overcome the hurdle of shifting from creative to planning which was like starting afresh all over again. As Sahani says, “For planning, I let go of the designation and the possible hike and without second thoughts, agreed to start a step lower! For this, I owe a lot to Cheil because my commitment to work belongs to my set of values but as an agency, the confidence shown in me would always keep me obliged.”

Today, Sahani is completely aligned to the agency’s mission, along with working on some key pitch projects and simultaneously conducting surveys on subjects which set the pulse of the market running and bring their clients closer to their targets. They call it ‘thought leadership’, where they analyse issues and happenings and share Cheil’s perspective on them.

Besides her agency’s advocacy, she has also listed her own philosophies on advertising. She says, “It’s all about a provocative force which is a call, which is an attitude towards life. If in today’s world you want to have customer loyalty, concentrate on making them buy into your brand and not just buy your brand. And those who are pulled in by the brand aura become evangelists and not just mere customers.”

This is a golden thumb rule for any marketer worth his salt. No wonder we came back from our interaction convinced that we had met a young and very bright lady. And she still remembers two learnings of life given to her by her father: Keep the philosophy of life intact, and work hard as there is no other way to success.