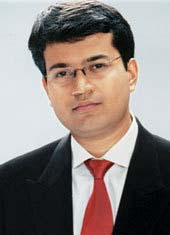 Star India has brought to life a new general entertainment channel (GEC) -- Life OK – in the 8 PM time band from December 18, 2011. The channel has replaced the seven-year-old Star One, which had taken off as a youth-oriented GEC. Life OK aims to bring a breath of fresh air in this crowded category and will be Star’s alternative GEC sans the Star brand name.

From the promos on air currently, it’s evident that the channel will cover a wide spectrum of stories that will connect with the masses. Additionally, the channel is also banking on the reality show ‘Sach Ka Saamna’ to draw attention of its target group. BestMediaInfo caught up with Gaurav Banerjee, Head Content Strategy, Life OK, to find out more about the content line-up of this newbie and how it plans to make a mark. Excerpts:

You are now launching the second season of ‘Sach Ka Samna’. Why this delay of two years and why on a new channel?

From our point, we were very excited about ‘Sach Ka Samna’ but to bring this show back we needed to have a new story to tell. Even more so now as it will be our flagship show on a new channel. We had been thinking hard on what kind of a reality show on Life OK we would want to bring. It was important to know what we wanted to talk about and how it would gel with the underlining theme of the channel. That is why we came up with ‘Sach Ka Saamna - Bhrastachaar ke khilaaf’.

You also have quite an unusual timing such as 10:20 PM for ‘Sach Ka Saamna’ and also it is a 40-minute show…

We are a new channel, so we thought about breaking the rules and starting a new trend. Even our fiction shows will consist of 20-minute shows as we want to tell a maximum number of stories in a particular hour. So we will be telling three stories in one hour. The stories will move faster on Life OK than on the other channels. Also, the ad breaks on our channel will be shorter. No ad break will be more than two minutes long. Also, all serials on the channel will run all seven days of the week. A lot of families start to have withdrawal symptoms, so what we are saying is that if you really like watching ‘Sack Ka Saamna’ with Rajeev (Khandelwal), then you have the opportunity to come and watch it every night. We are trying to change television viewing through this attempt.

You always had an alternative GEC in the form of Star One and did come out with some memorable shows. So what prompted you to replace it with Life OK and what will be the kind of stories that we will see on the new channel?

Star One had been around for seven years now and yes, it did have some memorable properties like ‘Remix’, ‘Sarabhai Verses Sarabhai’, etc., but overall as a channel it was not doing really well and therefore we felt that it was not being able to connect at some levels with viewers. It was more of a youth and metro-centric channel. Life OK will be a channel for the masses and it will have the strong traditional Indian values. Our thoughts in regard to the new channel are very clear and the ethos of the channel is celebrating what you have now.

In terms of stories, we obviously have ‘Sach Ka Saamna’, but there’s also a serial called ‘Mahadev’, which will look at the human side of God. It’s really mythology with a new take. I think this is a story that Indian viewers have not seen. There has been a set mould in which mythology has been shown in this country and we are trying to change that. It will be inspirational but also more believable. Another very important show for us will be ‘Saubhagyavati Bhava?’ that brings out the issue of domestic violence. In this show, we are trying to raise the issue that when parents look for an ideal match for their daughters, they look for a guy who’s well off and perhaps good looking, but how much of effort goes into finding out what kind of a person he is? The point that we are making is that important things in life are the things that money cannot buy. So, with ‘Sach Ka Saamna’, ‘Mahadev’ and ‘Saubhagyavati Bhava?’, we are trying to put an array of stories that are unique, distinct and raise a debate about important questions in today’s society.

With Life OK you have also refrained from using the Star brand name. Why?

Life OK is very much a part of Star Network but we did not want to put a Star logo because, if one goes into the offerings of Star in the GEC category, then another Star channel would come across as a younger sibling of Star Plus. We did not want Life OK to be seen like that. We were very clear in our mind and the channel has a very distinct identity of its own.

Ddon’t you think that Life OK may cannibalise the share of Star Plus?

We think that Star Plus and Life OK are two separate GECs from the Star stable and they have their own approach. Star Plus will continue to talk about rishta wahi soch nayi and soch nayi will continue to be an important part of Star Plus, while for Life OK the idea is more about celebrating life. At Star India we hope that both these are able to have a distinct set of followers

You are pitted against very stiff completion in all time slots, so how do you think you will be able to make your presence felt?

Well, the competition will always be there but I think our stories are powerful and our insight is strong. We really believe that with the characters that we create and the themes that we have chosen, people would want to give these stories a chance. They would come and watch us for a few minutes to begin with, and if they like the messaging and if they like the kind of stories that we are telling, I don’t think we will do badly. Yes, there’s competition but there’s also an incredible opportunity.

Any initial expectations from the shows, any targets for TRPs?

Not really. All we would want to do is to grow gradually. Victory is not achieved in a day and we want to grow slowly. We know that had we had ‘Sach Ka Saamna’ on an established GEC, the TRPs could have been really high but on a new channel it may take some time to get that kind of numbers. We are not in any hurry.