She brings over twenty-five years of experience in the media industry; her key priorities will be to consolidate Dentsu’s media business in India 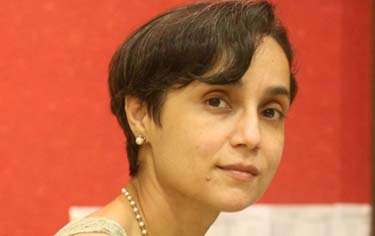 She brings over twenty-five years of experience in the media industry; her key priorities will be to consolidate Dentsu’s media business in India

Divya brings on board over twenty-five years of experience in the media industry. This includes nineteen years across agencies, four years as a marketer and two years as a media owner.  Over her years in the business, Divya has led media mandates for several large, Indian and global clients; The Tata Group of Companies, The Reliance ADA Group, Colgate-Palmolive, AT&T, Citibank, Parle Products, Godfrey Phillips India, Paramount Pictures and Star TV to name a few. In a field characterized by numbers and charts, Divya has epitomized creativity in consumer connectivity. Transcending mere data analysis, Divya has always sought to go beyond demographics in defining and engaging consumers, always in a context that encapsulates the brand proposition.

Speaking on Divya joining as CEO, Dentsu Media, Rohit Ohri, Executive Chairman, Dentsu India Group said, “Divya is one of those few rigorously seasoned media professionals to have witnessed the evolution of Indian media while being a key contributor to it. Her long-drawn engagements with media, as agency head, marketer, owner and strategic advisor have given her an almost uninterrupted consciousness of the dynamic media landscape. At Dentsu Media, I see her insider's understanding of the business combined with her razor-sharp business acumen working in sync with our vision for the business. I am delighted to have Divya come on board and lead Dentsu Media!”

On her outlook to defining deliveries from Dentsu Media, Divya said, “The media landscape today presents huge challenges. However there are always opportunities to seamlessly harness collective media synergies in real time to enable meaningful brand dialogues with consumers, almost on a one-on-one basis. One of the key imperatives from computing mere eyeballs to an engagement metric would also be to tighten ROI. These would be among my focus areas at Dentsu Media. I look forward to adding value in building engaging consumer connections, experiences and nurture mutually respectful relationships.”

Divya began her career in 1987 as a media supervisor with Trikaya Grey India where she was responsible for media planning and buying on brands such as Lakme Unilever, Holcim Ambuja Cement and H&R Johnson. In 1991, she joined O&M India as Media Controller where she was responsible for O&M Media, Bombay. She was also involved in the inception of ‘Media Research Users Council’ (MRUC). Following a brief stint as Media Controller on O&M’s Media Network in the UK on the Unilever brand, Divya joined Rediffusion DY&R as Media Director, leading all media planning and buying for Colgate Palmolive in 1995.

Next, Divya joined Mediacom India as Vice President in 1997 where she launched the business in India, Bangladesh and Sri Lanka. She also led and won the critical AoR for British American Tobacco in Bangladesh. After a two-year with Bates India where she was Vice President, Divya joined The Media Edge (TME) as President, South Asia in 1999.  She launched TME in India with six offices in the country and one each in Sri Lanka, Bangladesh and Nepal. During her tenure, the growth and profitability of TME’s India business beat all WPP indices.  From TME, Divya joined MEC, Singapore where she led supervised worldwide client services and solutions.  In 2005, Divya joined the Reliance ADA Group where as Media Advisor to the Chairman’s Office, she provided strategic advisory on media investments for the group. In 2009, Divya joined Hindustan Times Media as Business Head – West with the mandate of building the business. Prior to joining Dentsu India, Divya was an independent consultant advising and consulting marketers, media agencies and owners in the media business.

Divya has, over the years, been part of several industry forums. She has been on the board and the technical committee of MRUC from 1999-2010 as well as on the joint industry body on Peoplemeters. She has been a juror for the EMVIES from 2001-2004 as well as a jury member for the Cannes Media Lion in 2002 and 2004. Her efforts in fostering a fresh view of media in communication have been repeatedly recognized by way of a host of national and international awards for creativity in media and excellence in media innovation.

A graduate in Commerce from Sydenhan College of Commerce and Economics, Bombay University, Divya also completed the Global Leadership Program from the London Business School (class of 1999).