Machdar Motorsports, promoters of the i1 Super Series, will host its first race in January 2012 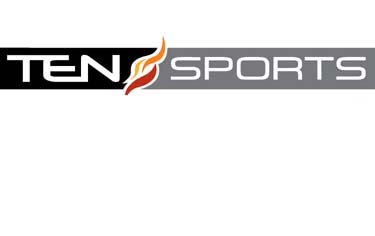 Machdar Motorsports, promoters of the i1 Super Series, will host its first race in January 2012

After the successful staging of the first ever Indian GP, Machdar Motorsports, promoters of the highly anticipated i1 Super Series, has selected Ten Sports as its official broadcast partner for the i1 Super Series, which will host its first race in January 2012. Ten Sports, part of the premier Sports Network, Taj Television India Pvt. Ltd., has confirmed to broadcast the league based i1 Super Series. The i1 Super Series, based on the popular city based franchisee format, will have 9 teams representing 9 different cities across the country with each team having one Indian and one International driver per car.

Ten Sports will broadcast comprehensive live coverage of all the races. There will be a host of preview, review and on-track shows along with original live studio programming over all the race weekends. In addition, there will be a weekly show throughout the race season featuring highlights, team and driver news.

Announcing the partnership, Darshan M, CEO, Machdar Motorsports said, "After the success of the first ever Indian Grand Prix, we are delighted to announce our official broadcast partner Ten Sports. Ten Sports in one of India's largest Sports Network and we are confident this association will give the necessary boost to the Indian Motor Sport Industry. Our vision is to bring world class motor sport closer to Indian audiences and this association will give us the necessary tools to enable the same. "

Atul Pande, CEO, Ten Sports, India said, ‘It gives me immense pleasure to announce this partnership with Machdar Motorsports to broadcast the i1 Super Series. It is great to have an opportunity to work with such a fresh and exciting concept and we look forward to playing our part in further raising the profile of Motorsports in India. Fans worldwide will now have live access to this hugely popular and growing sport. This just goes to showcase once again our commitment to the future of not just motorsports, but all Indian sports.”

Vicky Chandhok, President, FMSCI said, “Motorsport in the Country is definitely on a high after staging the highly successful Indian GP. To hear i1 Super Series confirm their broadcast partner is great news for the sport. The i1 Super series is yet another platform to showcase India as a powerful entity in the world of motorsports. Ten Sports is a leading channel in Asia with extensive outreach.”

Exciting times are indeed ahead for Motorsports in India providing a wonderful opportunity for young Indian drivers to rub their shoulders with top Indian racers like Karun Chandhok, Narain Karthikeyan and top international racers.

The i1 Super Series is a novel single-make racing series, designed specifically for Indian audiences and recognized as the best-in-class.

Here, 9 teams stand for 9 Indian cities and blaze alive the tracks, where two cars represent each team, one driver being a certified international motorist and the other a certified Indian driver, by mandate.

The i1 Super Series begins with the maiden season of 12 races held across India, United Arab Emirates and Malaysia. The 9 teams and 18 drivers compete for the title of the i1 Super Car Series. With a prize money of $ 2 Million USD, the action promises to be both fast and furious.

Radical Sports Cars provide the vehicles for the series. The standard cars will test the experience and skills of the drivers in the international circuits where the cars are designed to touch speeds of 250 kmph and will accelerate from 0-100 in just 3 seconds, while the drivers experience up to 2.5 G force around corners.