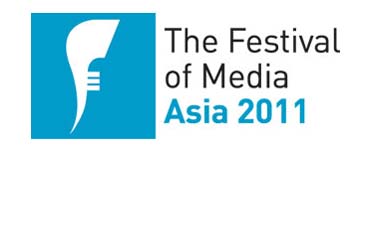 The Festival of Media Asia, the first festival of media creativity and innovation, has announced the winners of the annual awards. Held at a gala event at the Ritz Carlton Hotel in Singapore on Tuesday night, the awards were given across three top categories and 12 open categories.

The Festival of Media Asia Awards drew an overwhelming response – 410 entries from 16 countries, which were cut down to a shortlist of 81 from which the winners of the open categories were selected.

The top awards at the event went to Ikon Communications, UM and Coca-Cola for Agency of the Year, Network of the Year, and Advertiser of the Year, respectively.

Lodestar UM is the only Indian award winner for its work on Coke Studio for Coca-Cola in the Best Entertainment platform category.

The rigorous selection process was completed under the guidance of Rahul Welde, Chairman of the Jury, The Festival of Media Asia 2011, and Vice President – Media (Asia, Africa, Middle East, Turkey & Russia), Unilever.

Welde observed, “There were a number of outstanding cases which just stood out as sure wins, and there were some close calls in a number of categories which stimulated very engaging discussions. The jury was unanimous that the submissions for the inaugural Festival of Media Asia Awards were excellent. It’s great to see this calibre of creativity, execution and effectiveness in our region, and kudos to the brands and agencies who are have turned out some splendid work – quite a few risking and trying something new.”

Welde added, “It was particularly heartening that the campaigns were very sophisticated, but still managed to get the basics right. The standout aspect was that these came from a broad cross-section of advertisers, agencies and channels. The jury faced a difficult selection process, having to pick out the very best from a field of outstanding submissions.”

“The sheer number and quality of submissions speaks volumes for the creativity and innovation emerging from Asia in recent times,” said Charlie Crowe, Festival Founder and CEO of C Squared. “This is the right time to recognise and celebrate the achievements of the industry in this region.”

The open categories and winners of The Festival of Media Asia 2011 Awards are as follows:

Besides, there were a few works across the region that were highly commended. Take a look: