For PC Chandra, all that glitters is gold

The TVC has been crafted by JWT Kolkata and produced by Kiss Films; watch the TVC here 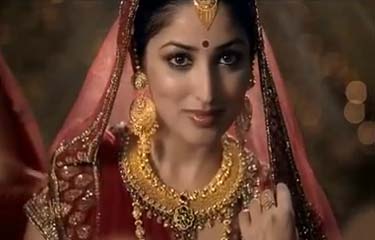 For PC Chandra, all that glitters is gold

The TVC has been crafted by JWT Kolkata and produced by Kiss Films; watch the TVC here

Without trivialising the concept of Indian weddings, aspirational jewellery brand PC Chandra has rolled out a new TV campaign that tries to capture the essence of current times and how the brand fits into this modern world without diluting its core.

“Like all traditional jewellery brands, PC Chandra also suffered in terms of its imagery. Hence, our attempt in the last five years has been to keep pushing the brand to become a young girl’s or a young bride-to-be’s brand of choice,” explained Suman Verma, VP & Client Servicing Director, JWT, Kolkata.

The commercial makes an attempt to showcase that while the world is changing at a rapid pace, it is not only the younger lot who bring about a change but also the babyboomers generation who are parents today and play a pivotal role in keeping pace with the changing times – be it in the choice of girl’s jewellery, her dressing or her networking.

Shot in Mumbai in a day’s time, the focus of the ad is to demonstrate softness and simplicity to touch the audience’s heart. Commenting on the look of the ad that shows a close-knit Indian family, Paramvir Singh, DoP & Producer, Kiss Films, said, “We kept the film in a more believable and endearing zone. Every girl dreams of becoming a bride one day and jewellery is a very important part of her wishlist. It was important for us to bring that feeling and make her imagination appear real.”

Talking about the shooting experience, Shikha Makan, Director, Kiss Films, said, “The happy teasing mood of the family in the ad easily translated into our production family. In fact, due to a strenuous shooting schedule, it was hilarious to see when at 5 a.m., with almost the entire cast and crew breaking into a chain of yawns! The domino effect was comical.”

The brand is a market leader in the gold jewellery in eastern India and has been in the business of jewellery for 60 years.