Festival of Media Asia kicks off in Singapore 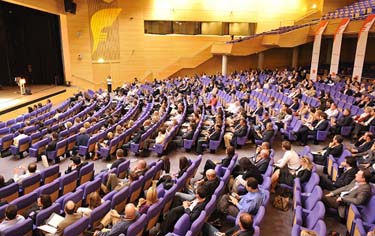 Festival of Media Asia kicks off in Singapore

The Festival of Media Asia (FOMA), the first Asian iteration of the acclaimed Festival of Media creativity and innovation, kicked off in Singapore on Monday with over 600 attendees and featuring over 40 speakers from the media and marketing industry in Asia and the world.

Focused on media and marketing in Asia, the sessions on Monday began with a welcome address from Charlie Crowe, FOMA founder and CEO of C Squared. After that, keynote speaker Stephen Attenborough from Virgin Galactic shared some of the milestones and high points of Virgin’s quest to make space travel a commercial reality.

The rest of the morning session looked at other ways in which media was changing.  Sarajit Mitra, global head of marketing and client experience of HSBC Global Banking & Markets, covered off how the financial industry is focusing not just on brand visibility but building trust, while Jacki Kelley, Global CEO of Universal McCann, talked about in-depth industry research on how people consume technology.

Later sessions took a different tack, shifting to a sharper focus on Asia, including a fascinating panel discussion which featured representatives from three major Chinese online corporations – Baidu, Youku and Tencent – talking about the digital revolution in China, and their plans to one day challenge giants like Google. Colin Currie, President and MD, Adidas Greater China, discussed the challenges involved in connecting with the Chinese consumer, and the way Adidas marketing has evolved to take cultural and social sensitivities into consideration.

The Festival of Media Asia also includes an exhibition outside the conference space, a showcase theatre with short, lighter topics from media companies such as Singapore Press Holdings, Omnicom Media Group, MPG and Facebook.

Delegates ended their day with a networking cocktail session.