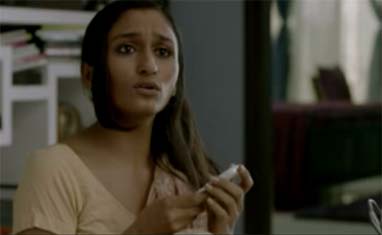 The commercial by Lowe Lintas was launched as part of the brand’s Diwali campaign; watch the TVC here

The ‘Micromax Bai’ commercial has landed in a soup. The TVC that went on air a few weeks back has been served with a legal notice by actor Shiney Ahuja

The TVC, which is said to have been made especially for the Diwali season, has infuriated Ahuja, who has sought legal action on the mobile handsets company. The ad tries to take a humorous dig at the Bollywood actor, who is out on bail after being accused of allegedly raping his housemaid, a charge he has denied.

Conforming this, the actor’s publicist Dale Bhagwagar said, “Shiney has sent a legal notice to the mobile company as the advertisement amounts to wilful character assassination.”

He added, “As we know, Shiney had challenged his conviction and the Mumbai High Court has admitted his appeal, which is currently pending hearing. For the mobile company to air such a commercial influencing public opinion when Shiney’s appeal is pending hearing is equivalent to contempt of court.”

The TVC shows two girls discovering about how the first girl’s boyfriend had bought both of them new Micromax phones. The situation here takes another turn when they suddenly discover that the same guy has gifted a new Micromax phone to their Bai as well – all to increase his chances of winning the coveted Hayabusa motorbike.

The creative agency for the commercial is Lowe Lintas.

However, the Micromax team remained unavailable for comment till the time of filing this report.

The actor has worked in films like ‘Hazaaron Khwaishein Aisi’, ‘Life In A Metro’, ‘Woh Lamhe’, ‘Bhool Bhulaiyaa’ and ‘Gangster’.