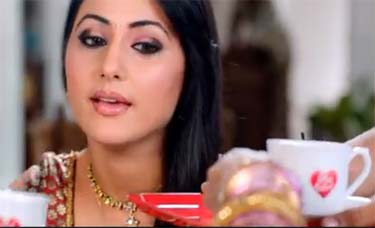 The 140-year-old tea brand, Red Label, has unveiled a new TV campaign that breaks consumer perceptions about the brand being expensive. Developed by Ogilvy & Mather, the campaign has used TV stars from popular serials in their off- screen avatars to bring the idea alive. The campaign marks for the first time a celebrity endorser in popular soap actress Hina Khan.

Commenting on the campaign, Arun Srinivas, Vice-president, Beverages, Hindustan Unilever, said, “Our latest ad campaign aims to establish Red Label as a tea that is not only consistent and high on quality and health benefits, but also fits every housewife’s budget. The actresses, perceived as the ‘smart bahus’ of the 21st century on television shows, will come to the forefront in their off-screen avatars and campaign for the country’s oldest tea brand. The campaign will also feature their on-screen mothers-in-law which makes it even more engaging for viewers.”

Nikhil Mohan, Client Services Director, Ogilvy & Mather, commented, “Playing their real life characters in the endorsement is what’s unique about the new Red Label commercial. The format and style of shoot is different too. We tried to keep the look and style candid and that makes the films exciting and different.”

The commercial was shot on the actual sets of a popular TV serial at KlickNixxon Studios in Mumbai over two days by Anand L Rai (of ‘Tanu weds Manu’ fame).

Talking to BestMediaInfo.com, Mohan also shared how the tea-sipping contest became an instant hit among the actors during the shooting. “Hina Khan’s love for tea was revealed on the sets of the campaign shoot where she challenged the entire cast and crew for an impromptu tea drinking contest. Those on the set were shocked to see her consume several cups of tea in less than half an hour. Her co-stars, who were also present at the shoot, admitted to have known about her being an avid tea drinker for a while and had predicted the results beforehand,” he said.