Moves on from the group after 16 years of association; his next destination is not known so far. 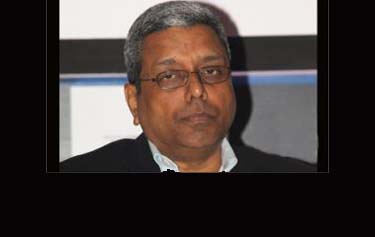 Moves on from the group after 16 years of association; his next destination is not known so far.

G Krishnan, Executive Director and CEO of TV Today Network, has finally decided to call it quits from the group after a 16-year-long association. The development has been confirmed by the highly placed industry sources. Thursday was his last day with the organization. His next destination could not be ascertained at the time of filing this report.

India Today Group Chairman & Editor-in-Chief, Aroon Purie, announcing GK's departure, said in a communication, "This is to inform you that G Krishnan (GK) has resigned from the services of the company with effect from September 1, 2011. All his direct reports will report to me until further notice."

Purie added, "I would like to place on record my appreciation for his immense contribution in making TVTN a leading news broadcasting company of the country and AajTak, India’s foremost news channel in Hindi, right from its inception."

Popularly known as GK, he joined the India Today Group in 1995 and went on to produce a daily TV news bulletin for national broadcaster Doordarshan called Aaj Tak which gained quick popularity, and was one of the top news shows on DD for nearly five years. That daily show has evolved into a full-fledged news channel with Krishnan at the helm.

Prior to TV Today Network, GK was with Bennett, Coleman & Company where he headed its marketing and sales departments. He began his stint with the Times Group in the Response department in Kolkata in 1978. Subsequently he moved to Mumbai and was instrumental in launching India’s first private FM channel, Times FM. He has multifarious experience in print, radio and television and has been responsible for building a number of super brands and successful business enterprises.

After establishing Aaj Tak as a market leader in terms of number of viewers, he conceptualised the need for an English channel for young urban viewers and launched Headlines Today. He is the Chairman of Media Research Users Council (MRUC), a member of the Board of Governors of the Advertising Standards Council of India (ASCI) and founder Director of the Indian Broadcasting Foundation (IBF). He also leads the committee of IBF-AAAI. He holds a Bachelor’s degree in Commerce and a Master’s degree in Business Administration.