She comes in here from OMD Chennai; to spearhead operations in Chennai, Kerala and Andhra Pradesh offices. 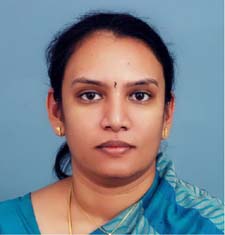 She comes in here from OMD Chennai; to spearhead operations in Chennai, Kerala and Andhra Pradesh offices.

In a homecoming, Kavitha Srinivasan has joined Mindshare, the flagship media agency of GroupM, as Partner – Client Leadership in Chennai. She will spearhead the South operations of GroupM, which includes the work coming out of its Chennai, Kerala and Andhra Pradesh offices. She will report to Chirantan Chandran, Principal Partner, Client Leadership, Mindshare South & East.

Srinivasan has joined Mindshare after a gap of three years. She moves from OMD Chennai where she was General Manager, handling brands such as Renault, Henkel, Roca, Venus, Lotte, Pudhiya Thalaimurai and Sify, for a little over a year.

On rejoining Mindshare, Srinivasan said, “I'm happy to be joining at a time when there is a sense of renewed energy at Mindshare Chennai. The agency is on a roll and I am excited about being a part of this growth trajectory and working with the great team that we have in this market."

R Gowthaman, Leader, Mindshare South Asia, said, “Kavitha’s coming back on board is another step towards bringing quality talent to strengthen the senior leadership team in the South. The requirements of some of our clients in Chennai are deeply rooted in the local market and its culture. Since Kavitha has a strong understanding of the market and the Mindshare system, we are hoping to culturally connect with local consumers and bring value to local advertisers at the same time.”

Srinivasan brings with her over a decade and a half of experience in the media industry and has worked with some of the top agencies. Prior to OMD, she had worked with TME and Lodestar, besides Mindshare Chennai.  She has over her career handled accounts such as Club Mahindra, Indian Terrain, Stylz Spa, TTK-LIG, Sun DTH, Kirtilals, Tulsyan NEC, Ananda Vikatan, Ford and TTK Healthcare amongst others.