“We are setting new standards in the luxury magazine publishing space” 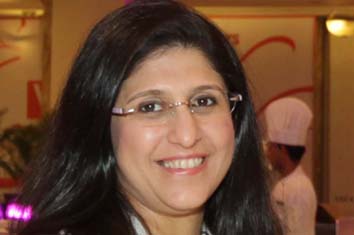 “We are setting new standards in the luxury magazine publishing space”

Oona Dhabhar, Marketing Director, Condé Nast India, has been at the helm of the leadership team at Conde Nast India since its inception in the country. And she is gearing up these days for its next big leap -- the launch of company’s fourth offering, Architectural Digest, in March 2012. Just like the three earlier launches -- Vogue, GQ and Conde Nast Traveller -- Dhabhar is brimming with confidence. It’s not just detailed homework about the launch plan, but also her 12 years spent at P&G in the management of various strategic issues like brand entry strategies and long-term India plans that seem to be setting things on the right course.

In this interaction with Neha Saraiya, Dhabhar speaks at length on how the option of the ‘road less travelled’ by Conde Nast India actually led to its leadership position in the luxury magazine space in a few years’ time and also how they went about it, or rather still go about it. Excerpts:

When Conde Nast group ventured into India in 2007, it had only two employees on its rolls with limited resources. Looking back, how has it evolved since then, in your perspective?

I have been with Conde Nast for five years now, heading marketing, circulation, PR, events and subscription. And I believe that we have really been successful, with the last five years being really fulfilling. From two employees, today we are more than 130 employees, with three magazines, three websites, and different apps like GQ Blackberry app and Vogue stylist app on the iPad. All areas of the business have been growing significantly and after five years we are at a very good and confident position.

Whichever way you look at it, our titles are way ahead of competition. If you look at Vogue, we print 50,000 copies and from next month we would be printing around 60,000 copies. With this kind of print run we are almost two to three times ahead of our competitors. If you look at advertising revenue and share, again both Vogue and GQ, on y-o-y basis, have grown by almost 25-30 per cent over the previous year. Thus, all our titles are in a very strong position. Like Vogue has today the highest number of advertising pages in its space. It’s almost three times the reach of its competitors. We are doing well on both fronts including the digital as well as magazine.

So, does this high growth number translate from the classical FMCG model of direct marketing and subscribers?

I think that is definitely the reason. But I think there is a more fundamental difference with our competitors that has determined the overall success of the company. And that comes from the fact that Conde Nast is the only 100 per cent owned subsidiary in the magazine space in the country. All other titles with which we compete, like Harper’s Bazaar or Elle, etc, they all are licensed brands, whereas we as a company are a 100 per cent owned subsidiary of our international business. And that fundamental difference has determined our approach to the business.

We have invested in each aspect of the business far more than any of our competitors have to build a brand. Like in terms of the production, the kind of shoots we do, the marketing, or even the paper quality is far superior. For e.g., when I say in terms of production, we have shot with the world’s 8-10 top most photographers; we print on paper specially imported from Finland; and we have continued printing on this paper despite the additional cost because we believe that today, the reader wants to see the best quality, the same uniform quality of Vogue across the globe.

We have also invested consistently in marketing. On a closer note, what we have done is that we have taken the elements of the fundamental marketing model in terms of FMCG model and married it to the elements of a luxury brand that Vogue or our other titles require. Also, we do fundamental above the line advertising, like we make sure that we invest in Outdoor for each title for every cover put out so that it creates awareness. We also organise large events where we interact directly with some of the big influencers that help significantly in creating word of mouth marketing, critical in the luxury space.

What about the cost front? Are you able to balance the cost with revenue?

Today, if you want to do business in India and have a certain audience to which you talk to, which is not only affluent but is well travelled and has access to luxury, then that set of consumers  demands that level of quality. Thus, to a Vogue reader I want to make sure that I am providing the best possible quality along with the best possible environment to the advertisers. Today, when I am saying that we at Vogue are getting the highest number of advertising pages in the category, it clearly shows that the advertisers believe in our brand. Not just that, I demand three times premium from my competition. That clearly shows the relevance of the brand, and because we are reaching to the right audience in right numbers, it means advertisers also believe in the brand.

How do you strategically place all the three titles --Vogue India, GQ India, Conde Nast India Traveller -- in the overall pie of the Conde Nast group?

Vogue is the flagship brand, so obviously it’s the cash cow for the company. Also, in terms of size of the brand, Vogue is the largest as we print around 50,000 copies of it with 30,000 copies of GQ and Conde Nast traveller. Not only that, Vogue has a readership base of 235,000-250,000 affluent readers, which in itself is quite big. Last year, we closed Vogue at 1,252 pages. Thus, in terms of yield that advertisers get, Vogue is the leader followed by GQ and Conde Nast Traveller, respectively.

Your fourth product, Architectural Digest (AD), is set to hit the market in March 2012. How is the pre-launch preparations going on? Any hiccups that you have faced?

I think in the case of AD what we have done is that we are taking an overall portfolio decision, as we have realised that there is a lot of interest among affluent for these special interest magazines. All our magazines that reach out to affluent customers have a unique audience. Like Vogue is reaching to affluent women who are very fashion and luxury inclined, and GQ is reaching out to the same set of affluence readers, but men.. Also, GQ covers all aspects of a man’s life including cars, gadgets, wines, etc. Conde Nast Traveller on the other hand reaches out to the travel enthusiasts who are often professionals and keen on travel. So when we thought of AD, the motive was to reach out to consumers who are extremely design inclined. They are looking for interesting articles on decor, art and home.

In terms of preparation, generally we start working on our titles probably a year in advance before we actually bring it alive. We have an extremely detailed research plan that we put into place starting with the basic fundamentals like consumer understanding. First we define what the target audience will be, and then we work with the research agency to actually recruit people from that particular set of audience. Then we talk to them one on one basis and try to understand their interests, how would they like to develop it further. For AD, we have just finished the first round of research as of now, and have shared these learning with the entire team. We have now started working to create a zero issue or dummy issue wherein we create copies and go back to the reader and change accordingly as per their suggestions.

Regional languages provide an opportunity to take English magazine content to a larger number of readers. But at the same time, it is not a very simple decision. Are you looking at this opportunity in the near future?

Well, we do discuss this at times. But I think that today, there is a tremendous potential for the magazines that we print in English. So, before we start with regional translation, the first step is to expand the existing market as there is enough potential for our brands. Like Vogue is distributed in 120 towns and you will even find Vvogue in smaller cities. Thus, the first step is to make sure that the existing market for the English edition of all our titles is saturated.

What has been the most interesting innovation that you have done in your magazines for a brand?

The fundamental proposition of our magazines is that we provide a luxury environment to our advertisers. Like Vogue has more than 290 advertisers. In fact, we are just working on our October issue which has 550 pages and is one of the fattest with a trend report. But yes, we often innovate for our advertisers. Like a few issues back, Audi did a roadblock for the launch of their super luxury car. So they were not the only car advertiser in that issue but Audi took 12-14 pages as a fold in the entire issue. Thus the fundamental proposition is the right quality of audience, in the right numbers and the right environment. That is why the advertisers are flocking to us in large numbers.

Besides campaigns, events also form a vital part of your promotions. How do you leverage events?

For each of our titles, we have developed a special property wherein we conduct one big event in a year. For Vogue, we recently organised a ‘Fashion’s Night Out’ at DLF Emporia in Delhi. This is a late night shopping festival wherein around 70-80 brands participate. This time we had round 12,000 plus people visiting the mall during the festival. This was the third year that we have done it. We also have a Vogue pop-up store, where we invite 50-60 designers to sell limited edition products at relatively cheaper rates and the money from all these events go to a charity called ‘Habitats to Humanity’.  For GQ we have one big anniversary event, called ‘GQ Men of the Year award’, which is a highly glamorous ceremony. Last year we had Narayan Murthy, John Travolta and Aamir Khan at the event that was also broadcasted on Star World. The ‘Conde Nast Traveller reader awards’ is highly popular in the UK and the US and we will be doing it in December in India.