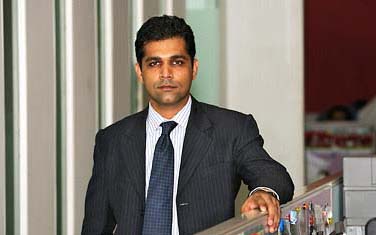 For the record, this position was vacant for close to 1.5 years after Rajeev Jaitly had moved on in May 2009. Jaitly too had a short stint of a year President, Marketing and Ad Sales, Dainik Bhaskar Group.

Based out of Mumbai, he will drive synergies for over 1000 advertisers amongst the 4 TV channels; ET NOW, MOVIES NOW, TIMES NOW and zoOm.

Sunil Lulla Managing Director and Chief Executive Officer, Times Television Network said,“I am delighted to welcome Hemant Arora to the Times Television Network. He will oversee the Sales teams of the Network to offer our valued advertisers, solutions and synergy across the network. With each of our channels enjoying a differentiated and leadership position, our customers will have a seamless organization to interact with, which remains focused with specific channel offerings. Hemant has demonstrable leadership skills and is known to drive value for customers and business."

Commenting on his new role Hemant Arora said, “I look forward to being a part of an esteemed and formidable establishment such as the TIMES TELEVISION NETWORK. I'll be working closely with the energetic team to drive high revenue performance across all four channels by providing integrated solutions in advertising, branded content and media properties. I am very excited to be a part of such a dynamic and motivated environment.”

The Sales Heads of ET NOW, MOVIES NOW, TIMES NOW and zoOm will report to Hemant Arora who in turn will be reporting into Sunil Lulla.

Hemant Arora began his career with The Times of India in August 1997 where he spent 2.5 years in space selling before moving to Automartindia.com in December 1999. As Assistant Manager – Media and Brand Communication, he was responsible for marketing communications, brand building strategy as well as developing ad sales strategy for the website.

Hemant’s next destination was Discovery Networks India where he joined in 2000 and spent a year as Asst. Manager handling ad sales revenue for a key set of accounts in Mumbai for Discovery Channel. From January 2002 to February 2003, he worked with Eternal Dreams as Regional Head Sales.

After the formation of AIDEM, Hemant was instrumental as Business head for NDTV Profit, NDTV Good Times, Mi Marathi, Radio Dhamaal for which he was responsible for Ad Sales Revenue, Business Planning & Sales Strategy developement & implementation across each vertical in India. He was also a member of the Management Team steering the company on new business formation and overall business strategy.