She joins in here from UTV World Movies; this is her second stint with Zeel. 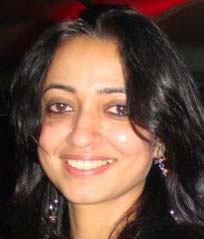 She joins in here from UTV World Movies; this is her second stint with Zeel.

Zee Entertainment Enterprises Ltd. brings back Sulekha Sharma after a gap of two years. This time in her stint with ZEE, Sulekha will be Deputy Vice President & National Head, Ad Sales. In her new role, she will report to Ashish Sehgal, Executive Vice President, Ad Sales.

Sharma has last been the Associate VP and National Head, Ad Sales for UTV World Movies from February 2010 onwards. Prior to this, Sharma was Zonal Head, North and East, Zee Café and Zee Studio.

On her joining ZEE, Joy Chakraborthy, Executive Director - Revenue & Niche Channels, says, “ZEE fosters a culture of welcoming former employees with good track records and who want to re-join the organization. We are glad to have Sulekha back with us.”

Sharma began her career in the editorial department with Strategic Newspaper.com in 1999. During her two and a half years that she spent there, Sharma used to write about business news. Her stint with ad sales started when she moved to The Times of India, where she was Head of sub office, Visakhapatnam. After spending five and a half years there, she moved to Zee, where she spent two years and four months, before moving to UTV World Movies.