The new television spot is based on the premise that men who love gadgets, will love the snazzy gadgetry of the TATA Aria; watch the TVC here. 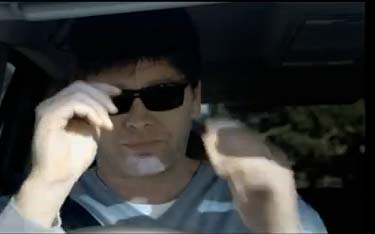 The new television spot is based on the premise that men who love gadgets, will love the snazzy gadgetry of the TATA Aria; watch the TVC here.

Was there a unique way to position a unique vehicle like the TATA Aria? Was there a better way to showcase its range of features than typically stating them? Why was it necessary to showcase a car like a car? Why couldn’t it be positioned like a funky gadget instead? These were the questions that the team at TATA Motors and Ogilvy & Mather asked themselves. And out of these questions was born the new campaign for the TATA Aria.

The new television spot is based on the premise that men who love gadgets, will love the snazzy gadgetry of the TATA Aria. And we got the ultimate man with a thing for gadgets to endorse the Aria. We put a secret agent in the driver’s seat, along with his unsuspecting wife, and son. Then we scripted a high-adrenaline chase scene around them. Ambushed by the bad guys, our secret agent uses the hi-tech wizardry of the new TATA  Aria to shake them off his tail. Maintaining his cool, and throwing in some witty one-liners along the way, he manages to outsmart the bad guys, and impress his son. But not his wife. Proving that in the presence of their wives, secret agents are mere mortals too.

Filmed over  six grueling days, this TVC is set against the beautiful, and rough-hewn locales of South Africa. With an international crew and cast. And a stunt team that put the TATA Aria through the grind, without any special effects or car doubles to help.  Just pure Aria.  Providing over five hours of stunning footage of the Aria in all its glory. From which the team culled out 80 seconds of pure thrill.

Rajesh Nair, Head – Utility Vehicles, Tata Motors, says, “TATA  Aria promises luxury that thrills. It's the coming together of the old world comfort and new-age wizardry to redefine luxury. The TVC   was scripted around a high- adrenaline chase theme which showcased the Aria in its full glory and highlighted its hi-tech features. We are confident that men who love gadgets will surely favour the snazzy gadgetry of the TATA  Aria.”

Abhijit Avasthi, NCD, Ogilvy India said, “The TATA Aria is an exciting car, especially when you start discovering its various features. The television spot had to capture this excitement. It had to be a journey of discovery. An adventure. This was the task set before the creative team. And from this was born ‘The Chase’ – a spoof on Hollywood’s Bond-type thrillers. We hope people have as much fun watching this TVC, as we had creating it.”

Anup Chitnis, ECD, Ogilvy Mumbai said, “The Aria has everything a secret agent would want in a car. Except for a missile launcher. Hence we decided to position it as a secret agent's vehicle of choice. However, the Aria is so packed with thrilling features; we needed a glorious 1 minute 20 seconds to do complete justice. It turned out to be a veritable feature film.”

Anuraag Khandelwal, Senior Creative Director,,  Ogilvy Mumbai explained, “We’ve grown up watching James Bond in his swanky cool cars, annihilating the bad guys. Satish and me thought, what if Bond finally settled down, and had a family of his own, wouldn’t  he drive the TATA Aria?  Everything else simply fell in place after that.”