Crafted by O&M Mumbai, the TVC is currently on air; watch the TVC here. 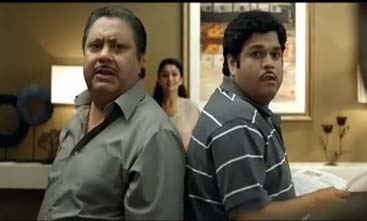 Crafted by O&M Mumbai, the TVC is currently on air; watch the TVC here.

Remember the catch-phrase, ‘Nahi Bhaiya, Aisa Nahi Hai’, from the Asian paints commercial released last season. Leveraging the same property further, this time the brand has incorporated a role-reversal into its new TVC, wherein the elder brother, resorts to the Asian Paints guide to colour up his home.  Thus the brief to the O&M team was to mark the launch of the company’s new offering, named as the Happy Painting guide.

Elaborating on the same, Pradyumna Chauhan, Creative Director, O&M explains, “The key interest that worked for us was the idea, that in India as a country, the elder brother is a fatherly figure and if the smaller ones try to do anything on their own, than its kind of intimidating for them.  We had a pretty successful run last time, and this time too, we expect the same response.”

The agency has currently rolled out two films - ‘Kachua’ & ‘Deewar’ of 50 and 45 seconds respectively.  The stark difference portrayed in the commercial as compared from the earlier version is that this time, instead of the younger brother, the elder brother decides to deck up his walls in Asian Paints.

Besides this, the other contradiction as put by Mahesh Gharat, Creative Director, O&M is that while the last campaign promoted the website of the paint major, this time the key was to push forward the guide to painting. “SMS and voting have played a vital role, in all the reality shows in India. As mobile penetration in India is twice the internet penetration in the country. Thus to reach out to the non-tech savy users, we directed our communication through the guide book that provides information on different products available with Asian Paints for different surface and gives handy tips on painting,” says Gharat.

The shooting of the TVC took place at Yashraj Studios in Mumbai over a period of two days. Infact the crew was so absorbed in the pun of the byword that even after the shooting dispersed for small  breaks including lunch, the team mocked away with answers to each other with the same catch word.

The agency palns to run the campaign for a minimum of six with a media mix of print, radio and BTL activities.