Alok Kejriwal, CEO and Co-Founder at Games2win points out 5 of the most dangerous marketing blunders. 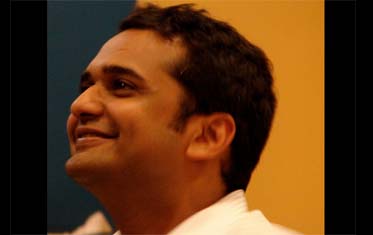 The lessons that Bigadda.com teaches

By Alok Kejriwal, CEO and Co-Founder at Games2win

Bigadda.com recently announced the discontinuity of their social media services and transformation into e-commerce business. The local social network had launched massive promotions with ROCK ON team just some time back.

Clearly, its History repeating itself - MONEY WASTED ON ADS AND ASSOCIATIONS AND EVENTS IS NOT MARKETING!

Marketing is one of most treacherous of all the business disciplines I know.

Check out 5 of the most dangerous marketing blunders businessmen and entrepreneurs make:

Blunder 1 – Believing that ‘Advertising is marketing’!

In the year 2000, I was running an ‘adver-gaming’ Company called contests2win.com and was sitting in the Nestle office in Delhi, waiting to meet the Kit Kat (wafer chocolate) marketing manager. I could see through the glass doors that he was being subjected to a rather animated presentation by a group of well-groomed and fashionably dressed team of young people.

Post the exit of the fashion brigade, Mr. Kit Kat beckoned me in and was looking very glum.

‘What bothers you?’ I asked him.

'Alok!', he replied, ‘these pretty young things who just walked out have shattered me. They are from Indya.com and they presented me their current year’s advertising budget and marketing plans. What unnerved me is that this unheard of website’s advertising budget is larger than my Kit Kat revenue in India!! Is the world now only going to browse the web and stop eating chocolates?’ he glumly asked me.

I was stunned but not surprised. In the year 2000, a tsunami of websites had unleashed themselves in the world, and with massive Venture Capital funding they were on a brand-building (read advertising) spending splurge like never ever seen before.

They had fallen into the classic trap of believing that ‘Advertising is marketing’.

Indya.com for instance was funded by Rupert Murdoch and had created history by buying a fully branded ‘skin’ on Times of India - India’s largest newspaper, for its Sunday edition. They had paid a criminal price to just get noticed. Also, they had TV ads, hoardings and the works. The tragedy of this campaign is that drivers, housemaids and vegetable sellers began asking when Indya.com was releasing – they thought it was a movie; being illiterate and never having heard of the Internet before.

Mistakes have a habit of being punished. The year 2001 was the year of dot com funerals. 99% of dot coms went bust because their so called ‘marketing’ had burnt out their start up funds without creating any revenues streams for their business. Their P&L statement had only costs and no revenues! Some Venture capitalists who backed these over zealous entrepreneurs went bust themselves – all burnt by believing that marketing was as easy as just buying some hoardings!

Now, consider 2011. Think of all the big dot coms we all are addicted to – facebook, twitter, foursquare, linkedin – have you seen hoardings or TV spots or full page newspaper ads of these brands inviting you to visit their sites?

These new age Internet giants are basking in the success of a very simple yet often ignored fact – that your product is your marketing! And on the Internet, a good product not just gets repeat consumers but also spreads like wild fire by viral word of mouth, making your consumers your marketing managers.

There are some people who ask me - Yahoo grew without advertising. But why does it advertise now? Simple – to grow the Internet category - to capture what is not ‘naturally’ or generically coming to them. To explain, in India, for instance, in a country of 1 billion people and only 40 million users, Naukri.com (a jobs portal) needs to educate Indians to use the Internet so as to then visit Naukri.com!

So, the big boys actually grow the category of the Internet while also trying to drive traffic to their site. Remember however, that their P&L can support such expensive customer acquisition – a luxury that start ups don’t enjoy!

Let me sum this up by what I heard the CEO of Moshi Monsters (a very large virtual world for kids) say: ‘Marketing is that highly inflammable fuel you pour over a burning fire to really make it larger. It is has no use when you haven’t even started your fire. In fact it can prevent a fire from starting.’

Blunder 2 – Misunderstanding the power of PR

Imagine you enter a party and as you soon as you approach a large group, your friend arrives and very admirably introduces you as the hot new entrepreneur with loads of ideas and a person to watch out for. You begin dimly blushing and deflecting his praise.

Now imagine you enter the party and approach the same large group. You begin to speak very loudly, thump your chest, probably take off your shirt, make all kinds of noises and announce that you are so great that even God is feeling envious of you.

The first instance is PR, the second instance is advertising. Imagine the ‘marketing’ impact of either case.

In the business world, journalists and impact writers need to be your ‘friend’ by believing you and your business before they write about you - praising you in front of their friends or readers.

In my opinion, a strong PR position takes at least 3 years to build up after which you are on a roll.

However, most entrepreneurs either expect PR to work the next day (maybe they are used to buying ads that appear when you want them to) or just refuse to engage in this very time consuming and slow to perform marketing practice.

I subtly tell people whom I meet for the first time to ‘google me’. I know what pops out is 12 years of sincere PR effort.

Blunder 3 – Being lazy to do ‘Piggyback Marketing’.

When I launched contests2win.com, I really got lucky. I managed to convince MTV’s VJs in India to scream ‘log onto contests2win.com to win x and y prizes’ on the MTV channel all day long. MTV was keen to create online contests – I swapped my service for free mentions on TV.

I was piggy back riding them to a trip to the moon!

Piggyback marketing is hard work. It involves pavement pounding to find a gigantic and huge partner (compared to your size) who gifts you a winning lottery ticket in exchange for your unique product or service.

Why would anyone do so?

It’ a cross hair between circumstances and immediacy. Discovery Kids (USA), for instance, is keen to partner with high quality kids’ content providers and even share revenue on that content being hosted on that site. Now, buying ad space on Discovery media properties can drive start ups broke. But if you have content and they like it, you are on one massive piggyback! (I say this with experience – our kids’ property chimpoo.com features on Discovery and Viacom USA).

Foursquare has leveraged large brand relationships and has received massive & complimentary media promotions thanks to their unique offering of real time, location based service that just delights brands!

Work hard to find partners who can lift your Company’s profile and visibility via partnerships. Break your back to make the deal work. If, you finally do manage to get associated with them, that will be a ‘real marketing’ victory.

Do you have the guts to go to an industry conference or convention, sit in the back rows and then announce your name and Company and ask a question (intelligent please) in every session?

You will be effectively ‘hijacking’ a high profile industry event and getting quickly noticed amongst trade, press and potential customers.

Last year, at the flash gaming conference in San Francisco (organized every year by Mochi Media), there was an entire panel dedicated to ‘high quality games’. At the end of the session, I stood up and said ‘I am a successful games company that makes medium quality games, in large quantities. I believe in the Cartoons model of decent quality with lots of content vs. the Hollywood model of few movies that cost trillions. I don’t believe your hypothesis. And I have comScore numbers to back me’. The panelists broke into a fight with me, but the silver lining was that for the entire week, wherever I went (it was game developers week), I would meet people who said ‘Hmm…you’re the dude who questioned quality vs. quantity…. Good question’…

It’s not about being disruptive. It’s about going to events and conferences where the center of gravity of your business is and making your self get noticed.

I believe that this is high impact, albeit non-scalable marketing that has its own unique role to play.

Just look at Richard Branson and how he clowns himself personally to create awareness of the various businesses he launches. In India, no one has perfected this better than Narayan Murthy of Infosys. Tales about how he believes in simple living, wears ordinary clothes, gives his driver millions of dollars of Infosys shares, etc. etc. are now folklore. But they all finally reflect on his Company – Infosys. All the successful Presidents of the USA have had massive personalities – all cultivated and projected for the benefit of their Country!

Individuals can take a much larger and direct role in communicating messages than a ‘non living’ Company. Use your personal charisma, intelligence and passion to communicate what your business and Company stand for. So many CEOs I know don’t blog or tweet or update their facebook and linkedin profile. New age, start-up entrepreneurs are lazy and defend lack of social marketing for being busy with ‘too much work’. That’s really being naive.

Marketing is a lot of hard work that involves lots of creativity, attentiveness, ears to the rails, personal intervention and backbreaking business development. The last thing involved is buying some expensive, ineffective ads.

Article sourced from THE RODINHOODS