Ajay believes “People get smarter by being challenged.” And we second that thought, indeed! Don’t we? 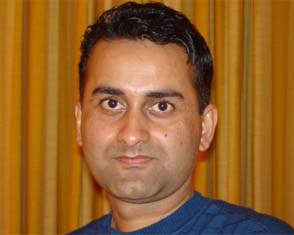 Abhay believes “People get smarter by being challenged.” And we second that thought, indeed! Don’t we?

It’s a dream of millions to grill through the deadly combination of IIT & IIM’s in their initial years, followed by a cushiony job, raking in enormous moolahs at the same time. And his ambitions were not even an inch different from it. But juxtaposed to the popular saying, ‘Luck is what happens when preparation meets opportunity,’ Abhay K Ojha, National Sales Head, BIG MAGIC, did land up with a break but without much of grounding.  “After completing my post graduation, I joined Aaj Tak (TV Today Network Ltd), the place I had joined in 1999, Feb as a trainee Ad Sales. There was an immense learning and scope for my professional growth. I always believed in quality hard work with a clear vision in mind. As a result of that, I was the highest revenue grosser for consecutive five years and also expanded the advertiser’s base to UP and other northern states. And today, when I look back, I thoroughly believe that I was destined to get into media as whatever happens, happens for the best.”

Be it his providence (as he calls it!) or a sheer display of his focus, Abhay, has climbed the ladder of success in baby steps. Hailing from a small city in Bihar, Abhay spent the most integral and crucial years of his school life at Oak Grove School, Mussoorie, wherein he got exposed to the most intrinsic values of leading to a holistic development. Then, after completing his graduation in Economics (Hons) from University of Delhi, he finally pursued an Advertising and Communications Management course from National Institute of advtg (NiA), Delhi in 1998.

And today, basking with an overall experience of twelve and a half years, his stints in his carrier had various facets. And those who have been there and done that would quite profoundly agree to Abhay’s state of mind that life has not been entirely a bed of roses for them, if at all it has been, then with edgy thorns mucronated to it!

Beholding the thought, he shares an incident with us, that make it quite evident, “In my last assignment at Network18(joined in July, 2007), I was given the mandate to handle the North India sales of the group’s Hindi news channel IBN7. The challenge was tough as the space had lot many players with a very stiff struggle with very little value proposition to offer. But the team’s ability to put in quality hard work helped in achieving the milestone. As a result, the revenue from the region grew manifolds. We were a super team at IBN7, and we all had one mission in mind-YES we will do it.”

Going forward, with the advertising and media Industry expanding at a CAGR of about 15%, Abhay is fully open to the elements of fruitful competition existing in his domain. Also, backed by the fact, that the media spend in India as a %age of GDP being just 0.4%, i.e. half of the global average of 0.8%, making the gap all the more cutthroat. Thus as any provoking leader, he has his target ready as he very confidently delivers, “For me there is no set formula of making benchmarks. But yes I would definitely like to grow and take charge of the business holistically in couple of years from now. Ad I strongly believe that shifting focus towards regional channels is something to watch out for surely.”

A firm believer of Zig Ziglar’s famous saying, ‘Do not confuse refusal with rejection, a refusal is a permission to go back and learn’, Abhay has ingrained these words in himself, as he avers; “People get smarter by being challenged.” And we second that thought, indeed! Don’t we?