UTV is all set to launch its Bollywood Entertainment Channel UTV Stars soon. 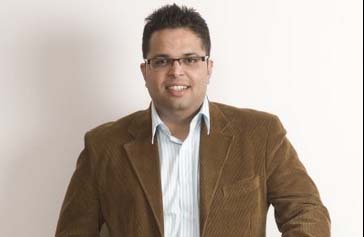 UTV is all set to launch its Bollywood Entertainment Channel UTV Stars soon.

The broadcasting arm of UTV is all set to launch its new channel UTV Stars. Nikhil Gandhi now assumes the role of Business Head for this soon to be launched Bollywood Entertainment Channel.

Nikhil was previously Business Head for UTV Bindass. As Business Head of brand Bindass, Nikhil was instrumental in the formulation and implementation of key business strategies which will have a lasting impact on the channel’s growth. Having successfully demonstrated his business acumen with UTV Bindass, Nikhil is expected to build a similar foundation for the new channel. His key responsibilities would be to ensure a successful launch of the new brand and to ensure sustenance and profitability.

Commenting on the realignment of Nikhil Gandhi as the Business Head of UTV Stars, MK Anand, CEO, UTV Broadcasting said, “With Nikhil’s understanding of the youth genre and his very dependable execution skills, we are confident that UTV Stars is in very capable hands”.