The show beats opening records of any weekend shows in the recent times. 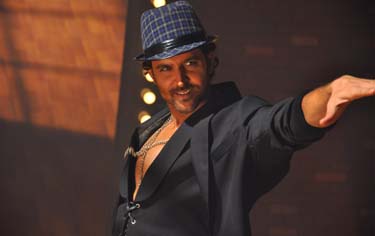 The show beats opening records of any weekend shows in the recent times.

The ultimate Dance Reality Show from the STAR India network starring the God of Dance, Hrithik Roshan, “JUST DANCE” has beaten the recent records with a grand opening on TAM people meters. The show has opened at 3.7 TVR on Star Plus while the simulcast of the show on Star Pravah and Star One has taken the combined TVR up to 4.7 and reach up to 25.9 million viewers on the Star Network. (Source TAM Panel, Week 25, HSM, CS 4+).

Media observers expect the show to score even higher average for the week i.e. Saturday and Sunday. This is the highest opening for any reality show on the weekend in recent times.

Among the reality shows launched post IPL, opening of Khatron Ke Khiladi 4 had opened at 3.0 TVR while Sa Re Ga Ma Pa Lil Champs on Zee TV garnered 2.7 TVR on its opening day. X Factor India on Sony opened at 2.1 and Swayamvar 3 on Imagine TV at 1.6 TVRs.

The show was supported by a disruptive “Sab Kuch Bhula Ke Just Dance” campaign that included a multi-media promotion across TV, radio, outdoor, print, digital, the release of a music video and a first time in India “augmented reality” activation experience where over 6 lakh consumers got to experience dancing with Hrithik on the same screen across malls in India. Apart from the innovation in Marketing, Star India innovated by simulcasting the show across relevant channels in HSM, Star Plus, Star One and Star Pravah and a deferred telecast in Star Vijay and Asianet.

Commenting on the performance, Sanjay Gupta, COO Star India said, “We have confidence in the power of our property JUST DANCE and gave it a platform that transcended language and geography with the simulcast across Star Plus, Star Pravah and Star One. We created high sampling of the show with a record 25.9 MM viewers reached in the opening episode supported by a high decibel marketing campaign across multiple touch points and an augmented reality experience event. As the show progresses we are sure it will attract a lot more interest and involvement thereby making it the Ultimate Dance Reality Show on Indian television.”

One of the most expensive television shows on any Hindi GEC has locked in over 12 sponsors with Maruti Suzuki as title sponsor while the show is powered by Cadbury Bournvita.