He comes in here from MediaContacts where he was Regional Director – South Asia. 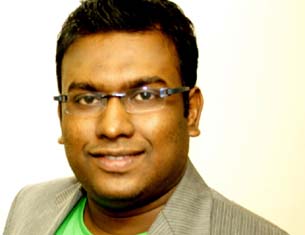 He comes in here from MediaContacts where he was Regional Director – South Asia.

Mitra has spent nearly a decade with leading digital companies including three years in London with Purple Media, a UK based agency where he was instrumental in launching and implementing their affiliate network across Europe. His love for technology and passion for ‘tech-nnovation’ has seen him spend a large part of his career in leading digital marketing companies in India. Notable among the companies he has worked with in the past are Ignitee and Pinstorm before moving to the Havas group. He is a graduate of the National Institute of Technology (formerly REC) Durgapur.

“We were looking for someone with robust experience to head our Digital business” says Mallikarjunadas CR. “In Arnab we have found the right person who will drive our digital offering and lead the digital teams across the company. His international experience in one of the most evolved digital markets is going to be of great benefit to clients and teams within.”

On the appointment, Arnab Mitrasaid, “I’m excited about leading the Digital offering at Starcom MediaVest Group.  This is a company which is way ahead of its times in its philosophy and focused in a huge way on digital and innovation. I’m looking forward to contributing to its growth and success as it writes a new chapter in its history.”

Along with the branch heads of Starcom Worldwide and MediaVest Worldwide as well as the heads for Insights & Research and Business Impact functions Mitra will be part of the National Leadership Team at Starcom MediaVest Group India.

This appointment is in line with the vision to take Starcom MediaVest Group to the next level building it on the three pillars of research & insights, digital and content.