Like his ads, his humour is also contagious. After all, it’s his funny-bone that helps him to linger on for longer in the world of advertising! Read the copy of an ad man’s life! 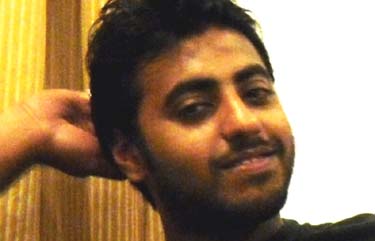 Like his ads, his humour is also contagious. After all, it’s his funny-bone that helps him to linger on for longer in the world of advertising! Read the copy of an ad man’s life!

His tale is no different from a regular run-of-the mill story of a new cuckoo passing out from the college and dreams big of joining an advertising agency, just with one sole reason- to exploit oneself to the core in the work-culture of an advertising agency. And Subodh Menon, 27, Creative director, Lowe Lintas has no qualms in admitting as he says with profound confidence, “When I was in college I had heard all sorts of cool stories about creative guys. Stuff like everybody in the agency pampers them. They can drink in office. Models are all the time wanting to hang out with them. And I kept thinking that this is the best job in the world. Of course it was only once that I got in an agency that I realized all of it is a sham to lure young innocent people like me in this business.” Well, like many, his rosy dream also came to an end when he joined a real ad agency (Euro RSCG), as a trainee writer under Deven Sansare (with zero salary for first six months!), around six and a half years back. And his key job responsibilities at that time (as mentioned by him) were to look reference images, check copy, and order food for his seniors if they happen to work late. But then he gradually, was recruited by the agency and was elevated to a level wherein he wrote body copy and headlines and came up with other ideas for the main campaigns.  “Now things were obviously different. Earlier every brief was an opportunity, now every brief was a responsibility. Thus the trick was to do something that is not expected of you,” gushes an effervescent Menon.

Thus soon after learning the tricks of game, his maiden work saw the day of the light- a half page print ad for voltas ACs across most dailies. “The ad not only declared me as an official copywriter, but I also remember buying umpteen number of copies of the midday and distributing it amongst friends and family. As there is no greater achievement than seeing your first ad release,” says Menon.

Going back to his early days, remorsefully, Subodh sighs the reason for sticking to one school and college throughout life- his father not being an army official unlike many in the industry (as per his belief!). A product of St.John the evangelist high school (1999), Subodh completed his graduation in mass media from Rizvi college in 2004, and contrary to any other self-respecting Malayalee youth, he did not lashed to some handsome paying salary in Gulf, instead joined advertising agency right after his graduation. But just like any other typical bollywood film, with enormous twists and turns and a dash of humour, Subodh also has one anecdote to support this as he says, “Just before I got in advertising I enrolled myself for a PG in advertising but never attended college as I had already got a job by then. But I did sit for all exams and passed it with flying colours. And it still makes my parents extremely happy to tell people that their son is a post graduate.”

Talking about  his professional mark, the campaign that earned him recognition internally at Lowe was the popular ‘Talk to Mumbai Indians’ campaign done during the 2nd edition of the IPL for the telecom brand ‘Idea’. By that time, Subodh had already brushed up his skills for almost nine months at the agency and hence was desperate to carve a niche for himself among his seniors (and also because he thought that it was high time, he delivered!). Indeed, the campaign turned out to be a purple cow for him with 15 commercials, lots of radio, press, outdoor and everything. But the campaign that bought him real acknowledgement in the industry and not just inside the four walls of his agency was the ‘Walk when you Talk’ campaign, again for IDEA, that spanned for as long as six months. However amidst all the work done by him till date, his personal favourite remains the ‘oongli cricket’ campaign. “I love that campaign because it’s my kind of a humour. My GCD Ashwin Varkey and I have never tripped so much while shooting. But I must admit that it was extremely demanding as a project but not once did we think that we will pull this off.  We shot a set of 40 commercials shot over a period of three nights in a row and the director thought we were crazy to think we will be able to manage so many commercials in such a short time. But we did it, and more importantly we had loads of fun while doing it,” recalls Subodh.

Besides his own work, he has an indisputable word of appreciation for some non-lowe campaigns also- like the LML desert commercial and Cadbury’s ‘shubh aarambh’ bus stop commercials are on his ‘like’ list!  Interestingly even though delivering some successful campaigns in the past himself, Subodh has not been able to fetch any awards or medals for his shelf. “The only award I’ve ever won is a bronze for finishing third in the three-legged race when I was in the 4th standard.”

Like many in his age, working at Lowe, he too considers Balki, (R. Balakrishnan, chairperson, Lowe Lintas) as his mentor. And the reason Subodh states, is his capability to juggle things perfectly at one time- from shooting to editing, to conducting meetings, directing feature films and off course-winning national awards! But neither, was Balki’s way to the top was easy, nor was Subodh’s. As he too, had his share of challenges. “I met many creative directors hoping that they will give me an opportunity to prove myself. And there were times when I felt maybe I will never get a look for my work that proved depressing at times. But all this was something I was already prepared for.  Also, other shaking thing for me was to tell myself to get out of Euro initially because I was extremely at ease out there. So much so, that it took me almost six months to convince myself to get rid of my comfort zone”.

A hard-core movie buff by nature, Subodh remembers the major hit dialogues from most of the movies, and can even puzzle anybody with a train of director, writer, music director, the names of the character artist’s et al, inspires to bask in the glory of direction soon and also penning down a script for Govinda- David Dhawan, whacky signature films.

But that’s a chapter yet to be written in his life book. Presently Subodh simply is in love with mind churning that happens in his work and is absolutely passionate to take the next big quantum leap in his carrier. But before that, he has his concerns too for the industry as he shares with us before bidding adieu, “We are unable to retain talent. More and more creative guys are moving to channels, production houses, and radio stations or are starting their own agencies. Clearly these other avenues are paying more than what our industry does. I fear that in 5 years we might simply fail to attract the right talent in the industry.” Wish, the big daddies of the ad-world are lending an ear to this piece of genuinity!