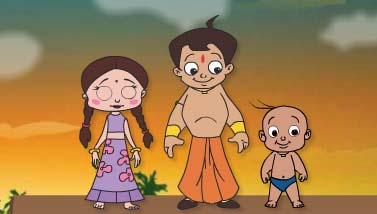 Among kids whose preferred channels were GECs (instead of kids channels), the top 3 favourite characters are - Inspector Daya (CID), Pratigya (Pratigya) and Daya (Tarak Mehta KaOoltaChashma). Pratigya replaces Anandi (BalikaVadhu) who in the top 3 in the last track.

Small Wonders is a six-monthly kids’ study conducted by Ormax Media. This is a syndicated study thatranks kids’ favorite characters on television, along with reasons for the same. The study also gives an overall understanding of the types of characters that are working, with reasons, thus giving an insight into the evolving traits and trends over a period of time. Findings from Small Wonders can be used by channels as programming and communication inputs for their own characters.

The subscribers of the report get the overall ranking of all characters, with reasons for preference, market and TG differences.

Small Wonders is conducted among 6-14 year old kids in seven cities – Mumbai, Delhi, Kolkata, Ahmedabad, Hyderabad, Lucknow and Jalandhar. Around 2000 kids across SECs ABC are interviewed in every track.