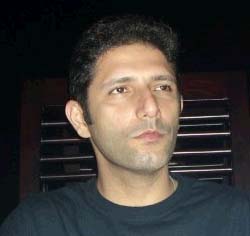 Prior to Joining Grey, Kaizad was working with Bates 141. He headed the Mumbai office there.

At Bates, Kaizad worked on brands like Virgin Mobile, Colgate Palmolive, Tang, Fiat, TVS, Tata AIG, MTV, Pfizer, ICICI Cards etc. His main mandate there was to launch the digital marketing & to run the advertising business with a specific objective of making Digital, Advertising & Activation work seamlessly with each other inorder to provide single idea led solutions to brands.

Grey India is going through a renaissance right now. The agency has reinvented itself by bringing in several senior level hires to give clients an edge.  Successfully, the agency has won several new clients.

Jishnu says, ‘It’s great to have Kaizad join us. Grey Mumbai is our flagship office, with a fabulous roster of clients and some really fabulous people. I expect Kaizad to bring his considerable talent and experience to lead the office to the next level of growth and fabulous ideas. It gives me a huge sense of pride and satisfaction that Grey is now a place to be for the best in our business. It is testimony to our strategy of wanting to be famously effective. When people like Kaizad want to join your team, it’s a good indication that you are doing the right things’

Commenting about Hari, he said, ‘Hari needed to go back to Bangalore for personal reasons. His familiarity with both the office and the market will help propel our south operation into a growth trajectory’

Hari says. ‘“I’ve had a great time in Grey, Mumbai. From being part of some thrilling new biz pitches to some memorable campaigns, it’s been a great ride and I’m fortunate to have had such an awesome team to work with. Our team in south has been quietly at work, creating some memorable campaigns for 3M, Bharti AXA and Britannia and some fabulous design work for ITC Foods amongst others. I look forward to partnering them and growing our operations in south”

On his appointment, Pardiwalla said, ‘I am absolutely delighted to be joining Grey as this agency has a strong motivation; winning some key accounts in the recent past. I am particularly looking forward to working with Jishnu and rest of the team to do even better work in the coming years’

Pardiwalla started his career with Lowe Lintas in 1995 and moved to Ogilvy in 1997. After spending seven years at Ogilvy Advertising, in 2004, he was appointed as business director, OgilvyOne Worldwide, the digital and direct marketing division of Ogilvy, where he headed the operations in the western region. After three years, he took on the reins as the national head of OgilvyOne India. Under his leadership, OgilvyOne Worldwide serviced key clients such as American Express, Cadbury, CISCO, IBM, ICICI Lombard, ITC, The Economist and Vodafone.

A die hard bombayite, Kaizad did his under grad from Sydenham College (Mumbai) and post grad from NMIMS Mumbai. His passions lie in theatre, Formula 1, food and soccer.

At Grey, Kaizad will commence his operations from 11th April.