Dabangg fame Director starts working on the film slated to go on floors in the last quarter of this year. 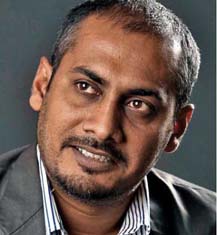 Dabangg fame Director starts working on the film slated to go on floors in the last quarter of this year.

Abhinav Singh Kashyap, the director who changed the dynamics of Indian Cinema in 2010 with his debut movie Dabangg has now teamed-up with Viacom18 Motion Pictures for his next film. The multi-talented and award-winning director has already commenced work on the project.

The film is slated to go on floors in the last quarter of this year and will witness Abhinav bring his insightful understanding of the Indian movie-going audience to the fore once again in his inimitable style.

“We are proud to have Abhinav join the Viacom18 Motion Pictures family. Abhinav is not just a rare writing and directing talent but also possesses an uncanny and stylish approach to film-making that puts him in the top league of young directors today. We are very excited to partner with Abhinav for his next film and also plan to further build on our relationship with his company, Movie Temple Productions.” says Vikram Malhotra, COO Viacom 18 Motion Pictures.

Abhinav Singh Kashyap adds, “I am delighted to partner with a young and dynamic team like Viacom18 Motion Pictures for my next film. I am impressed with their approach to focus on high-quality content which connects with the audience and their ability to market films innovatively. Together, we should be able to deliver a film that is high in appeal for my audience”