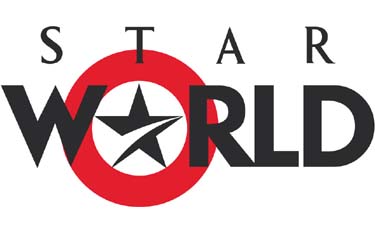 Come March and Star World, India’s leading English GEC, is going to take audiences on a roller-coaster ride of a range of quality and engaging English programming content with the launch of FIVE new shows! Shows to suit your every mood - be it comedy, crime or drama STAR World, has it all. The channel presents the best in English entertainment as it announces the launch of five brand new shows viz. Dexter, Mr. Sunshine, Raising Hope, Las Vegas & Community as part of its Fully-loaded March line-up.

It is no surprise that Fully Loaded March has something for everyone! STAR World has its fingers on the pulse of its audience – the channel is proud to listen, respond and interact with its viewers thereby ensuring their audiences get content that is engaging, interesting and entertaining.

STAR World further connects with its viewers, by bringing in the freshest and latest content through its unique initiative TORRENTZ. This initiative was launched last month by the channel to curb piracy and downloading from the Internet. Bringing in the freshest and best shows from Hollywood this March are Mr. Sunshine and Raising Hope - two brand new shows recently launched in the West. Through ‘Hot Launches on Torrentz’, STAR World also plays the role of a recommender for its viewers on new offerings they might like to watch.

Saurabh Yagnik, General Manager & Senior VP, English Channels, Star India Pvt. Ltd said, “STAR World is committed to bringing the best in English entertainment to its viewers in India. The objective is not only to get the freshest in entertainment but also create innovative ways to engage our viewers with our content across multiple screens and platforms. Our viewers find crime and drama appealing and we are revamping that genre in our 9 and 10 p.m. slot. We have been driving this category so far and will continue to do so thereby spurring on the growth of the category overall and our channel specifically. It won’t be long before we also organize live chats with international stars of our channel. The English GEC space has tremendous potential for growth and we are continuously innovating, listening and coming up with new initiatives that fulfill viewer expectations.”