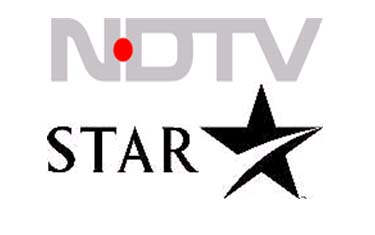 NDTV Ltd. and STAR India (“STAR”) have announced a unique airtime sales alliance between STAR and NDTV under which STAR will be the sole and exclusive representative of NDTV to conduct advertising sales for all NDTV news channels i.e. NDTV 24x7, NDTV India and NDTV Profit.

BestMediaInfo.com had reported much earlier about this development. Earlier, Raj Nayak’s Aidem Ventures was responsible for the ad-sales for all the channels from NDTV group. After the exit of three news channels, Aidem Ventures is now left with NDTV Lifestyle.

In what is a transformational initiative to strengthen the commercial value of NDTV news channels, STAR has for the first time taken the advertising sales responsibility of a major broadcasting group. In addition to frontline sales, STAR India will also be responsible for commercial back-office management like traffic, scheduling, billing and collections.

It is important to mention that NDTV had produced the content for several years for Star News which was a news channel of Star India. Later, NDTV parted away to create NDTV 24x7, NDTV India while Star India joined hands with Anand Bazaar Patrika to re-launch Star News. Now with this tie-up, where Star India will handle all the commercial responsibility, NDTV is left with editorial and broadcast responsibility which is more or less the same situation like 8 years before.

NDTV and Star will work together to ensure a smooth transition of these functions to STAR India and jointly collaborate towards achieving best-in-class monetization of India’s leading news network.

In an official communiqué, Uday Shankar, CEO, STAR India said, “We are delighted with this tie-up with NDTV, which is one of the greatest media brands in the country. The combination of the NDTV news brand and STAR’s leadership should be able to unlock significant value for NDTV. The presence of NDTV news shall strengthen STAR’s sales bouquet and enable STAR to offer a comprehensive option to advertisers and agencies”

Commenting on this development, Dr Prannoy Roy, Chairman, NDTV said, "NDTV is very pleased to announce this close and important relationship with STAR. STAR, India's leading and most successful television network, has been a trusted partner in the past and NDTV looks forward to this new initiative which we are certain will be of mutual benefit. In many ways it's a perfect fit."