A unique 30 seconds commercial by Percept Pictures that was completed in just 11 days! 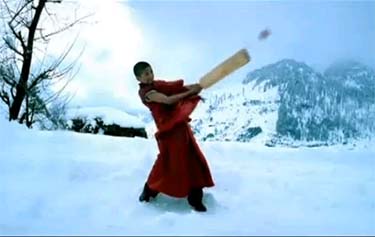 A unique 30 seconds commercial by Percept Pictures that was completed in just 11 days!

Percept Pictures produced Hero Honda’s unique 30 seconds commercial to promote an online cricket contest held during the ICC Cricket World Cup 2011. The TVC completed in just 11 days, will be aired across all sports and popular channels from February 23, 2011

The film shot for five days, at different locations in Mumbai, Delhi and Manali with multiple teams was directed by the renowned ad filmmaker, Raj Kaushal along with DOP Shiraz Bhattacharya. Around 40 people were featured in TVC while a group of about 2000 – 3000 people were used for the stadium. The 30 second master film, with a 10 second edit has been dubbed in 10 different languages to connect with the large audience and was shot on a large scale with a high end production.

Commenting on the activity Priti Chawla, Chief Production Controller, Percept Pictures said, "What a high to have set yet another record...brief to idea to shoot and on air in less than two weeks. All of it was possible because of the right (positive) attitude, passion, drive and amazing team work. Impossible is nothing. Dhak,dhak Go...