Salman Khan and Katrina Kaif remain the heartthrobs as most favourite actors. 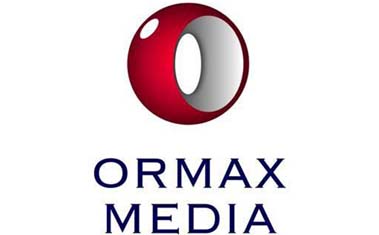 Salman Khan and Katrina Kaif remain the heartthrobs as most favourite actors.

No matter how the superstars live their personal lives, but the starry appearance leaves no stone unturned to make their firm position in the hearts of fan. Thus, Salman Khan and Katrina Kaif remain as most favourite actors according to the findings of Stars India Loves™ ranking for February 2011 by Ormax Media.

Stars India LovesTM is a monthly product from Ormax Media, which tracks the popularity of Bollywood Actors and Actresses amongst regular theatre visitors. According to the study, Salman Khan maintained the No.1 position of the most favorite actor with a share of 46% in February 2011. His share has shown a consistent month-on-month increase from November (34%) to February (46%). Shahrukh Khan continues to occupy the second position with 29% share. He is ranked 2nd amongst females but 4th amongst males, behind Akshay Kumar and Aamir Khan.

Akshay Kumar's popularity is heavily male skewed. His rank drops to 7th amongst females. Ranbir Kapoor is ranked 6th amongst all audiences. However, his rank is a high 4th amongst females, but only 9th amongst males. Sunny Deol has witnessed an increase in his share from November to February and is now ranked 11th, ahead of Abhishek Bachchan and Imran Khan.

Katrina Kaif maintains the position of the most favorite actress with a high 51% share. Aishwarya Rai, Kajol, Kareena Kapoor and Priyanka Chopra are locked in the close battle for the 2nd rank, with only 3% share separating them. Actresses who have shown a significant increase over the last quarter are Rani Mukherjee and Anushka Sharma.

In November 2009, Ormax Media started a monthly popularity measurement study for Bollywood actors and actresses, called ‘Stars India Loves™. The purpose of this study is to keep a track on the changes in star popularity over time, and sharing the latest report of Bollywood Actors and Actresses amongst regular theatre visitors. The sample size is 2000 respondents per month amongst the research has been done. The research targets the age group of 15-24  as (Younger) & 25-34 (Older), MF, SEC A&B. The Research Markets are  Mumbai, Delhi, Ahmedabad, Lucknow and Indore. Respondents are asked to name two of their favorite Bollywood actors and actresses each. Hence the total share of actors and actresses will be 200% each.