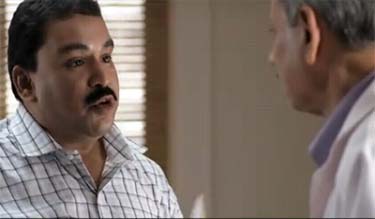 The campaign is based on the consumer insight that most people buy Health Insurance in the hope that it will help them financially especially in case of major life threatening diseases that come with high hospitalization costs. But one is most often unaware of how many such illnesses their policy really covers. After all, critical illnesses don’t come reading an Insurance policy so it’s always better to be prepared for more.

Hari Krishnan, Vice President – South, GREY said, “There’s way too much depression and veiled threats all around when it comes advertising for this category. Most brands are constantly trying to inject fear into the consumer”

“The objective of the campaign is to clearly educate our customers on the importance of investing in a specialized cover. This, coupled with the fact that our product covers 20 critical illnesses, the highest offered by an insurance company in India.  With the flexibility of choosing upfront lump sum compensation or payment of hospital bills makes this the most unique offering in the market today”, said Dr. Amarnath Ananthanarayanan, CEO & MD, Bharti AXA General Insurance .

Sham Ramachandran  & Vishnu Srivastav, Executive Creative Directors at GREY said, “Here’s a product which the consumer buys in good faith and in most cases only to realize later that it’s not what he thought it would be. The consumer has become numb to the various inclusions, exclusions, terms and conditions. Our attempt has been to capture the plight of this consumer using inverted humor. It was important to get the casting spot-on so that the humor does not get exaggerated and take away from the seriousness of the subject.”

A 1st of its kind social media campaign is also being launched as a follow up saluting the spirit of survivors of critical illnesses. Anyone who has survived a major illness can upload his/her story on a microsite Bhartiaxasurvivors.in and encourage others in a common predicament to fight and survive.