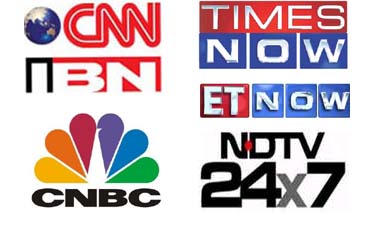 Among other audience groups also, the channel has captured maximum eyeballs and has been closely followed by Times Now among the TGs 25+ years age group. See the chart below:

Reacting on the expected outcome, Rajdeep Sardesai, Editor-In-Chief – CNN-IBN, IBN7 & IBN-Lokmat, said, “CNN-IBN along with its team of contributors and experts provided the viewers an in-depth analysis of the Union Budget. Our undisputed leadership on both the Budget Day and the Railway Budget day proves the fact that when it comes to incisive and in-depth coverage the viewers prefer CNN-IBN.”

Dilip Venkatraman, CEO - CNN-IBN, said, “The fact that CNN-IBN is the No.1 English News Channel across Audience Groups, across All 6 Metros on the Budget Day and also the leader on the Railway Budget Day, goes to show that CNN-IBN is the nation’s choice on big news days. CNN-IBN in its 5th Year of News Leadership is committed to deliver the best to its discerning viewers.”

Once again CNBC TV18 has emerged as a clear leader among business news channel on Budget day according to the midweek data released by TAM in week 10. The channel leads across business news channels across all TGs in 6 metros on Budget day. Not only this, CNBC TV18 has got the channel share even more than 4 times higher than the channel share of its nearest competitor. See the chart below: