Ropes in Sonu Nigam as the judge and Aditya Narain as the host of the show; kick starts auditions across India. 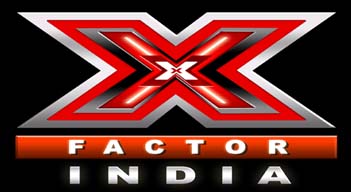 Ropes in Sonu Nigam as the judge and Aditya Narain as the host of the show; kick starts auditions across India.

After the success of Indian Idol and KBC Sony Entertainment Television, the pioneers in reality programming once again bring to you the World’s biggest Singing Talent Show X FACTOR. X Factor developed by Simon Colwell, kick started the auditions in Ahmedabad and Kolkata and is all set to roll in the city of Nawabs – Lucknow, Indore and Mumbai soon. The show that offers distinctive and breakthrough entertainment, is globally acclaimed to be the big daddy of all reality shows in scale and size! X Factor in India is all set to unleash the ultimate power of entertainment only on Sony Entertainment Televison. This exceptionally popular entertainment series will start the talent hunt with massive auditions to be held across the country. The charming and versatile singer and anchor Aditya Narain the host of the show will travel the length and breadth of the country for the audition shows, attended by live audiences in each city. With this show, the channel will hunt for that X-treme singer/performer who can capture the imagination of the nation with his music, under the expert guidance of the judges who will mentor the budding singers.

X- Factor gives every individual an opportunity to showcase their talent regardless of age, background. The widely popular X Factor - which now has versions in every country and boasts of a unique format which allows every contestant over the age of sixteen to enter the auditions. Divided in three categories - 16 – 25 years, above 25 years and individual groups, candidates will be screened for their singing talent, attitude and star quality with select few landing to instant stardom as the final selection happens before the judges and live crowd in mega concerts which the whole nation will be watching with bated breath.

X FACTOR INDIA Cavalcade will go through Kolkata, Delhi, Lucknow, Indore and Mumbai in its journey to find the finest performers in India and the journey culminates in Mumbai on the 5th of March.Candidates who make their way through the final selections will be divided in three groups with each group having a mentor at the helm. Under the guidance of three mentors they will be further tested and tried, eliminated and only a lucky few will have the privilege to visit the judges homes set in exotic locations nationally.

Here the participants get to experience the lifestyle of the rich and famous while experts like vocal coaches, choreographers and stylists work on them to make a complete performer out of the contestants. At the end of the session each judge will select their final 4 who will proceed for the final showdown!!!

Speaking on the occasion Ajay Bhalwankar Head of Programming Sony Entertainment Television said “As pioneers of Reality programming we are delighted to announce that Sony will be hosting the biggest singing reality show on Indian Television. X factor is the greatest platform for gifted singers and performers coming from any and every background what so ever. It is a show, where an ordinary Indian can fulfill his dream and aspiration of achieving an extra-ordinary position. As the show gets bigger & better, it will not only showcase the talent of the participants, but also showcase their ability to stand out.”

Reflecting on the upcoming show Sonu Nigam, the multitalented singer, an icon to millions of music lovers across the globe, and one of the judges of the show, expressed, “My consent to be the first judge of X Factor is proof enough of my faith in the format, the team involved and the Channel. X Factor is a never heard of opportunity for people who thrive to make a name in the world of music. Music, in India, today, has gone beyond the boundaries of film music. There are a variety of genres being heard and merged with each other, Fusion in the true sense. So many singers, bands and musicians trying to give music a new expression, have come up today and X Factor will give them the biggest platform ever to showcase their talent, attitude, passion and commitment.....or in other words, their X Factor!!!

A production of such magnitude warrants only the best in the industry to make it happen. Sony Entertainment Television is partnering with, the international company – Fremantle Media who are the license holders to the format .Their expertise in producing successful, top quality format shows will ensure that X-FACTOR is the slickest and most magnificent production on Indian television bringing in the best talent that our country has to offer.

S K Raj Barua, Managing Director of Fremantle Media India, said, “We are very excited to be launching X FACTOR India and expect the show to be the biggest and the best yet. Viewers will be thrilled to see some of the innovations and cutting edge technology integrated into this production and we are excited to collaborate with Sony Entertainment Television, which has been an excellent home for the biggest reality shows. By tapping into the international and creative expertise of FremantleMedia's global network, we expect the the show to set new benchmarks for all Singing Talent Shows and become one of the world's most inspiring brands. We are confident that X FACTOR India will find India’s most talented performers and look forward to seeing all the drama unfolds in this fantastic show.”