He comes in here from McCann Erickson Mumbai where he was Creative Director Art for more than 6 years. 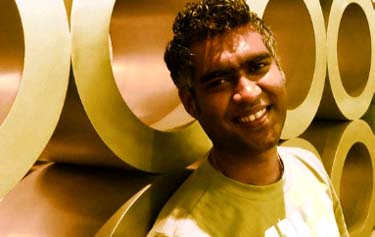 He comes in here from McCann Erickson Mumbai where he was Creative Director Art for more than 6 years.

Confirming the development with BestMediaInfo.com, Manish Bhat, Co-founder, Scarecrow Communications said, “I had worked very closely with Kapil during my stint at McCann Erickson. Kapil's talent is a really right mix of ideas & Design. Apart from winning multiple international/national awards like Abbys, Cannes, Adfests & spikes, he was 2nd Runner up in Young Spikes 2008.”

A BFA graduate from Mumbai University, Kapil has over 10 years of experience in advertising Industry. He started his career with Concept Communication in 2001 as Visualiser where he spent more than two years before moving to Triton Communications and Umbrella Design for short stints in 2004.

During his career, Kapil earned many awards and accolades. He won a Silver Abby, Ad Club of India for Brand India, 2002. He bagged Gold Press, Silver Poster and Bronze Press at Goafest for UTI Bank in 2006. Kapil’s work for the same UTI Bank campaign was in two Print Finalists at Cannes Lions.

In 2008, Kapil picked a Bronze metal at Cannes Lions, 2 Bronze metals in Outdoor and Media category at Spikes Asia and a Bronze at Asia Pacific Ad Fest for Anando Milk.