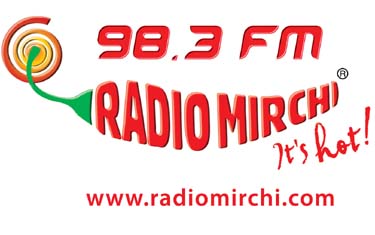 Entertainment Network (India) Ltd., India’s leading Private FM Radio operator, popularly known as Radio Mirchi, has reported buoyant results for the quarter ending December 31, 2010. On the back of a 22% growth in revenues to Rs 77.5 crores in the quarter, the company’s EBITDA rose by 33% to Rs 28.2 crores. With exceptional income at Rs 12.03 crores, the profit after tax of the company stood at Rs. 24.9 crores against Rs. 10.7 crores reported in Q3 last year. The Company’s EBITDA margin improved from 33.2% in Q3FY10 to 36.4% during the current quarter.

Commenting on the results, Prashant Panday, E.D. & CEO, ENIL, said “Its been a good quarter for most media companies. ENIL’s results reflect the strength of Mirchi as a brand. Its high listenership numbers give its clients the extra punch which makes them put more monies on the brand. The results of the quarter are a tribute to the entire team at Mirchi”

Net Profit for the nine months ended December 31, 2010, grew by 161% to Rs. 34.2 crore as compared to Rs. 13.1 crore in the corresponding period of last fiscal year. The Net profit includes profit of Rs.12.03 crore arising from the sale of the company’s subsidiary viz. Times Innovative Media Limited. EBITDA for the period was Rs. 58.4 crore, up 30.2%.