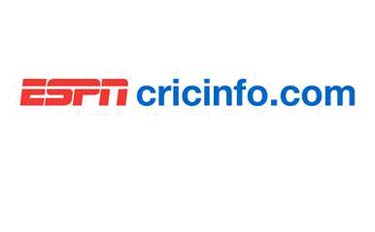 As the excitement builds towards the ICC Cricket World Cup, ESPNCricinfo, the world’s leading cricket website, has secured IBM as sponsor of its comprehensive statistics and data coverage of the tournament. Additionally, IBM is launch sponsor of the new ESPNCricinfo iPhone and Android mobile apps. The partnership demonstrates the site’s unrivalled ability to deliver unique value to markerteers across the Indian sub-continent.

The sponsorship with IBM, which runs from February to early April and covers India, Sri Lanka, Bangladesh and Bhutan, builds on IBM’s Smarter Planet campaign, which aims to help businesses to make better decisions through the smart and efficient use of data.

The new launches come as ESPNcricinfo enjoys record growth, in India and worldwide. The site commanded 57% of total sports website traffic, or page views, in India, according to ComScore data for December 2010. Additionally, the site accounted for 65% of all time spent consuming online sports media in India, according to ComScore data for December 2010. Boosted by interest in the test series between South Africa and India – the top two-ranked Test sides globally - ESPNcricinfo recorded a new monthly record audience for the third month in a row in December, and broke the 20 million global unique browser barrier for the first time.

Tom Gleeson, vice president, digital media, ESPN International, said: “ESPNCricinfo is delighted to be partnering with IBM.  ESPNCricinfo’s statistics section in India is expected to generate lot of interest across the sub continent during the world cup with fans searching for interesting statistics about players, venues etc. Cricket fans will have the most reliable and in depth statistics information during the world cup. “

ESPNCricinfo will be delivering multiplatform coverage during the Cricket World Cup. A specially dedicated section of the site will include ball-by-ball updates, scores and text commentary as well as recaps and player profiles from every match. ESPNcricinfo.com is launching a mobile app ahead of the ICC Cricket World Cup.

ESPNCricinfo will also produce a wide range of special Cricket World Cup services such as a Cricinfo Fantasy Game based on performances in the tournament, allowing users to play the role of team manager. Extending its connection to cricket fans, the site will also offer a wide range of social media applications – including Facebook Connect and a variety of services for Twitter fans.