Did HT NO TV Day Campaign Switch On Mumbai?

The campaign conceptualized by Lowe Lintas and the initiative was meant for a day on January 29, 2011. 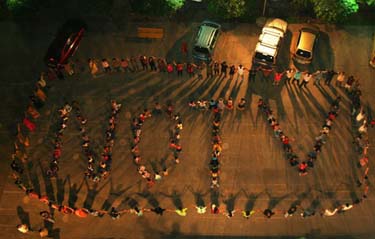 Did HT NO TV Day Campaign Switch On Mumbai?

The campaign conceptualized by Lowe Lintas and the initiative was meant for a day on January 29, 2011.

Hindustan Times had organized its much anticipated No TV Day campaign on January 29 in Mumbai conceptualized by Lowe Lintas. The objective of the communication was to ‘Switch off TV, Switch on Mumbai’ where Mumbaikars were to switch off their TV sets and step out to explore and enjoy Mumbai with family and friends. BestMediaInfo.com finds out if the campaign was able to switch on Mumbai.

The initiative to bring Mumbaikars out of their home to explore and enjoy the livelihood of the city was given a rousing support by the people of the city.

People turned up in droves in support of the clarion call by the brand which went through radio, outdoors, internet, print ads and of course the newspaper. Not only they totally owned it up and built their own small events around it, but also participated in large numbers in the events lined up across the day.

On Jan 29, people turned out in huge numbers at all the places, from heritage trails across places of historical significance to sailing, yoga camps to painting competitions, Carnival at Malls to the grand laser show and fireworks at the Juhu beach. By evening the Facebook page received nearly 16 lakh hits and 1.65 lakh people had pledged support through text messages and e-mail.

There were numerous groups and organization who came out in support. The Western Railway Gallery at Churchgate, which is shut on Saturday decided to keep the gates open till late night. It saw an unprecedented turnout that day. Over 350+ restaurants gave away discounts. Mumbai University’s French Department organized a special screening for kids. Bandra Cycle Club organized a special cycling activity. A large number of RWAs, societies and colonies created their own events. Various schools, groups and individuals also enthusiastically participated. There was tremendous interest shown in the painting activity organized at schools in which thousands of students took part.

There were plenty of celebs supporting the cause too. While Akshay Kumar pledged support and turned up at Inorbit, Malad, Amitabh Bachchan, Ajay Devgan, Deepika Padukone, Ritesh Deshmukh, Leander Paes, R Madhvan, Dia Mirza, Kiran Rao, Purab Kohli and more celebs endorsed the cause across media including internet. The Facebook fan page bears testimony to the immense response the initiative has received. Even Amul, the socio-political commentator, gave its own rendition of No TV Day through an imitation of Hindustan Times’ communication created by Lowe Lintas.

Along with other mediums used, the campaign was supported by five TV commercials: