One of the most popular TV chat show host returns on screens on 15th January. 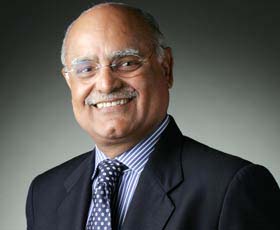 One of the most popular TV chat show host returns on screens on 15th January.

One of the most popular TV chat show host Prabhu Chawla will be back on screen after a brief hiatus, albeit with a new name. Prabhu Chawla, Editorial Director, The New Indian Express who presented over 450 episodes of Seedhi Baat over 9 years on Aaj Tak, is all set to host "Sachchi Baat" on ETV from Saturday, January 15, 2011.

Prabhu will carry to the new show his 40 years of experience as a journalist and his unique style of interviewing that made his previous show the most popular current affairs chat show in which he interviewed everyone from politicians and religious leaders to businessmen and bollywood stars.