Appoints Ajay Bansiwal to spearhead the US, North America and the UK region. 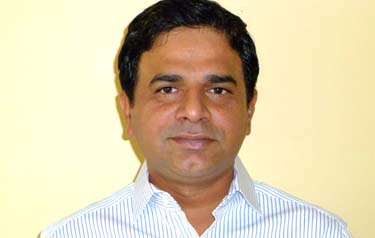 Appoints Ajay Bansiwal to spearhead the US, North America and the UK region.

Ozone Media, India’s leading online ad network has announced expansion of overseas operations. To build local presence and further reach in the markets, it has set up an office in New Jersey overseeing the US, North America and the UK region. Ozone Media has appointed Ajay Bansiwal as Senior Vice President, to spearhead the markets.

On the expansion, Kiran Gopinath, CEO and Founder, Ozone Media said, “2011 augurs well for advertisers. It is an opportune moment to expand our reach geographically and build greater depth in technology. Ozone Media’s strength with Indian (South Asian) publishers provides a readily scalable platform to reach out to the NRI segment, HNIs et al. We welcome Ajay on board to grow and expand the market for Ozone Media in these territories.”

The NRI category has very high interest in finance, telecom and matrimony categories, according to the Ozone Media Performance Users Study (O.P.U.S.).  Post the slump in 2009, these categories have shown a tenfold increase in response to online ads in January and February 2010. Indian advertisers have long known Finance and matrimony sectors to have a significant interest with the NRI population and there is enormous potential to tap other sectors and grow revenue considerably from local overseas advertisers who are now looking at talking to this demographic

“There is a huge opportunity to cater to the Indian Diaspora in US, Canada and UK. The Indian community is one of the most affluent and increasingly influential demographic in these geographies. Marketers have recognized this fact and their appetite for reaching out this demographic is increasing exponentially.  I am excited to be part of a smart, young and dynamic company and look forward to my role in Ozone Media,” said Ajay on his appointment with Ozone Media.

Advertisers in the US are increasingly spending on online advertising. eMarketer, which forms its forecast by performing a meta-analysis of research estimates and methodologies from dozens of firms that track ad spending, projects a 10.5% increase in US online ad in 2011, followed by double-digit growth every year through 2014 when spending will reach $40.5 billion.