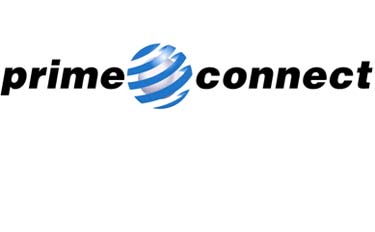 With an eye on the future, India’s largest media conglomerate – Bennett, Coleman & Co. Ltd. (BCCL) has announced a joint venture with Yogesh Radhakrishnan, a veteran professional in the Indian Cable & Satellite industry, to form Media Network & Distribution (India) Ltd (MNDIL). MNDIL will launch ‘Prime Connect’, a brand which will be an independent distribution platform, that will organize and distribute channels in India through various platforms viz. MSOs, DTH, IPTV and all emerging digital platforms across homes & commercial establishments.

Under the agreement, Media Network & Distribution (India) Ltd (MNDIL) will be an exclusive distributor for The Times Group Channels - TIMES NOW, ET NOW, MOVIES NOW and zoOm. Prime Connect intends to expand its bouquet by including more 3rd party channels for distribution.

Speaking on the launch of the initiative, Vineet Jain, Managing Director, BCCL said, “India is the fastest growing Cable &Satellite market, with demonstrable growth potential for the distribution services industry. Distribution has played a significant role in shaping the success of Times Television Network’s 4 channels and our learning’s have contributed to the idea of creating Prime Connect. With this JV, Bennett, Coleman & Co expands its TV foray beyond broadcasting, into Distribution Services.  Prime Connect can now seamlessly enable other TV channels to expand their reach and their revenues, all resulting in an enhanced financial performance.”

Further commenting on the same, Yogesh Radhakrishnan, MD & CEO, MNDIL said “India is a very dynamic, young TV market and already has the 3rd largest number of C&S subscribers in the world. Opportunities for growth are abundant; however we need to harness our resources to reach our maximum growth potential. One of the biggest problems of the industry is the lack of platforms for independent broadcasters resulting in fewer independent ventures. The carriage market especially is in a chaotic state at the moment and it is causing great impediment for successful launches.

Prime Connect has successfully distributed the recently launched HD movies channel ‘MOVIES NOW’ which has been in the No: 1 position from the day of its launch & in 4 weeks has reached more homes than the existing players who have been in existence for years. The industry is plagued with issue of under declaration and Prime Connect aims to increase transparency through strategy and technology. This new digital platform will not only revolutionize the C&S sector but also help the Indian public to enjoy uninterrupted and affordable digital options”.

A premier name in the C&S industry, Yogesh Radhakrishnan was among the first to set up a Cable TV head end in Mumbai almost 25 years ago. He has spear-headed & co-founded launches of large media conglomerates such as: Encore Cable associates, Indusind media & communications ltd, Wincable Data & Communications Ltd, ETC Networks LTD which owned ETC Music & ETC Punjabi, Real Media FZ LLC which was a JV with the Zee group.