He started the WPP’s 360 degree full service agency in January 2006; all set to launch his own film company. 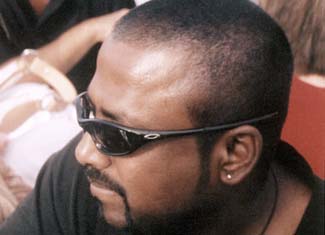 He started the WPP’s 360 degree full service agency in January 2006; all set to launch his own film company.

N Ramesh has put in his papers as Executive Creative Director at Meridian Communications, Bangalore. He is currently serving his notice period till the end of this year. He started the WPP’s 360 degree full service agency in January 2006.

Confirming the move, Ramesh told BestMediaInfo.com, “I’m moving on to start my own film company ‘Fertilizer Films’ which will conceptualize, create and produce ad films. We liked the name because Fertilizer is the symbol of growth and commercials are made for the growth of the brand. Having a strong advertising background, our film making will be a bit different from other production houses. We will provide our clients one stop solution for all film related needs.”

Adding further, Ramesh said, “My long term associate and Creative Director Vinod Lal is also joining me in my next project. Vinod writes the master pieces of copy and his expertise will add more value to Fertilizer Films.”

When Ramesh was given the responsibility to start Meridian, he was working with Ogilvy Delhi as Group Creative Director. He joined Ogilvy Delhi in 2003. He came to Ogilvy from Lowe Lintas Delhi where he worked as ECD for 3 years.

With 25 years in advertising, Ramesh spent one year in South Africa before joining Lowe Lintas. Earlier, he had stints with Ambiance Mumbai for 3 years, Enterprise Advertising for 8 years, Everest Advertising for 4 years.

A drop out at class 11, Ramesh started his advertising career at the age of 16 in 1985 with Bangalore based design studio named Studio Bezel.