He comes in here from OgilvyOne where he spent nine years. 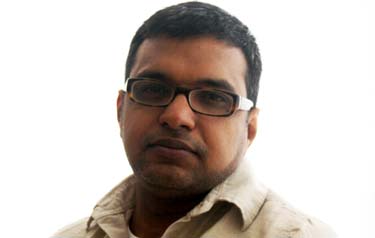 He comes in here from OgilvyOne where he spent nine years.

he has over thirteen years experience of which the last nine years has been at OgilvyOne where he worked on major accounts in the digital space including brands such as Perfetti, Cadbury, Hutch (now Vodafone), The Economist, Tata Safari as well as Unilever brands like Lipton, Dove and Vaseline among others.  His work for the Mentos Helpline – India’s first extensive video-based website and a fun take on call-centres as well as Lipton Yellow Label’s Stay Sharp campaign- the world’s largest online collaborative jigsaw challenge has received much recognition and accolades. Navin’s  work has been recognized at Spikes Asia, Yahoo! Big Idea Chair, Abbys, Effies, AMEA and Campaign DMA among others.

“Ogilvy has been like home turf. I have had a great run here”, says Kansal. He adds, “This is the right time to begin a new innings. Grey Digital has an exciting portfolio of brands – the recent Volkswagen win being a case in point, and a talented team. I am looking forward to doing some good work here.”

Sudhir Nair, Vice President South Asia, Grey Digital says, “We are delighted to have Navin join our team and look forward to raising the bar in the digital space.”

Grey Digital is one of India’s leading digital agencies and is part of the global Grey Digital network. Clients include Adobe, Infosys, Deutsche Bank and ITC amongst others.