ASCI upholds complaints on 5 advertisements including sprite and Liquor brand McDowell’s No.1. 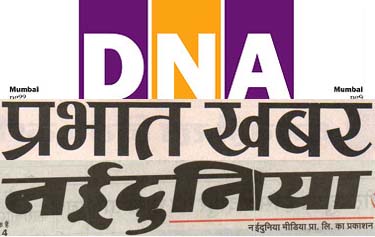 ASCI upholds complaints on 5 advertisements including sprite and Liquor brand McDowell’s No.1.

The Consumer Complaints Council (CCC) of Advertising Standards Council of India (ASCI) has upheld complaints against 5 advertisements in the month of September 2010. The advertisements in question were of newspaper brands Prabhat Khabar, DNA and Naidunia; FMCG brand Sprite and Liquor brand McDowell’s No.1.

As per the complaint against the daily newspaper Prabhat Khabar, claimed No. 1 position in Jharkhandby citing data from Audit Bureau of Circulation (ABC) July-December 2009. The Council’s findings show that the ABC July-Dec’09 results do not reflect Prabhat Khabar as the numero uno newspaper in Jharkhand  as the claim is not substantiated by ABC report taking into account the circulation of Jamshedpur.. The advertiser has discontinued the advertisement..

Nai Dunia has just informed BestMediaInfo.com that its response has been e-mailed to ASCI with detailed explanation of the advertisement in question.

The Sprite TVC shows “two explorers captured by a tribe who are, apparently, cannibals and appear, quite distinctly, African.  One of them manages to get out of it by bribing them with a soft drink bottle”. CCC concluded that the ad projects negative stereotype of Africans and hence violates Chapter III, 1 (b) of ASCI which doesn’t permit derision of race, caste, colour, credd or nationality. This led to the TVC being withdrawn by the advertiser.

In case of McDowell’s No.1 Platinum CD ad having slogan, “Get inspired by the rare and legendary” the CCC concluded that the Ad was a surrogate Ad for a liquor product – McDowell’s No.1 and hence contravened Chapter III.6 of the Code. As the Ad appears in the middle of a live cricket match, it is not distinguishable from the programme and hence, it also violates The Cable Television Networks Rules, 1994.

Subsequently, the TVC was withdrawn.

In case of Manforce Chocolate Flavoured Condoms, ASCI concurred that the TVC was not likely to cause grave or widespread offence but found that it was not suitable for family viewing and hence, the Advertiser has been advised to air the TVC after family viewing hours i.e. between 11.00 pm to 6.00 am