The joint awards of Star India and RBNL to premiere exclusively on Star Plus on 31st December, 2010. 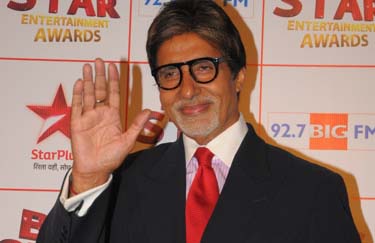 The joint awards of Star India and RBNL to premiere exclusively on Star Plus on 31st December, 2010.

The sound of applause refused to die down as the biggest stars in Bollywood descended to bid a grand farewell to the year 2010. Celebrities who entertained us all year round were honoured as awards were presented to the best in the field of movies, music, television and sports. The awards were presented by with the coming together of 92.7 BIG FM and Star Plus.

The evening began with a glittering red carpet event as the performers and guests strutted their way into the event. The shahenshah and badshah of Bollywood – Amitabh Bachchan and Shahrukh Khan posed for the shutterbugs and the glam quotient was upped by Deepika Padukone, Vidya Balan, John Abraham and Sonu Niigaam. The television industry was represented by biggies like Ekta Kapoor, Smriti Irani, Ronit Roy, Shwetha Salvi, Hiten and Gauri Tejwani, Rohit and Manasi Roy and many more.

Hosts for the night, the witty Arshad Warsi and the talented Shreyas Talpade mesmerized the audiences and held their attention right till the end with their one-liners and hilarious gags. The night witnessed a power packed performance by the original khiladi of the nation – Akshay Kumar, while the rani of our hearts – Rani Mukherjee returned to the stage after a long hiatus in a scintillating act. The Punjabi tadka was added by a fun filled sequence performed by Bollywood’s current heartthrob Priyanka Chopra and the tough Vijendra Singh. Other performers included The Prince Dance Troupe and popular television lead pair like Rashmi Desai and Nandish Sandhi (Uttaran).