Yet Another Spectacular Campaign From MP Tourism 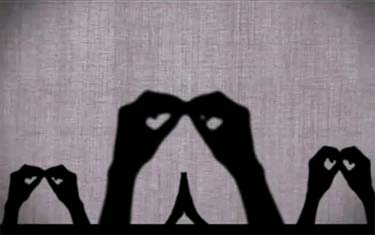 Yet Another Spectacular Campaign From MP Tourism

Madhya Pradesh, the heart of Incredible India, launches its new campaign, “MP ajab hai, sabse gajab hai”. This campaign, the third in a series of hugely popular and successful campaigns done in the past, is based on the ancient art of shadowgraphy. This art form woven around an earthy and rustic musical jingle captures some of the unique and surprising facts about Madhya Pradesh.

This year Madhya Pradesh Tourism promises to take you by surprise - a surprise you will love watching again and again.

Over the last few years, Madhya Pradesh Tourism has created a distinctive tone and personality through its communication. While tourism advertising typically shows visuals of tourist destinations, which, more often than not, end up looking homogenous, we have consciously focused on creating advertising which is ‘non-tourist’ in nature both from a strategic as well as creative point of view. And this decision has paid off, with two hugely popular and successful commercials behind us; it has pretty much defined the brand and the personality that we are. Plus it doesn't just separate us very distinctively from the rest, it also continues to tell the story of Madhya Pradesh in a true earthy and folksy way or perhaps now in a more Indian form.

Like in the past, our current television commercial stays true to the fact that we Indians love our song and dance. Therefore composing a song was an obvious choice, albeit much more challenging this time.

Because unlike previous efforts where we showcased a multitude of our offerings, this time we focused on fewer destinations - but each one of them having amazing stories built around them. So for instance we had to craft song lines around amazing facts like the hanging of ten elephants from a hall roof to test its strength, communicate that there is a castle which with water bodies on either sides looks like a ship more than a castle and many more. Definitely these are awe-inspiring facts but equally daunting task was to turn them into short and simple song lines. Many drafts and re-drafts later, we hit the right notes. The television jingle has been sung by acclaimed film and television actor, Raghuvir Yadav, who is a native of Madhya Pradesh himself.

The entire narrative of the commercial captures key landmarks of the state in a stark manner against a simple white screen to give it a distinctive and memorable look.

Shadowgraphy or shadow theatre is a unique performing art which today is on the verge of going obsolete. India has a long and rich tradition of Shadow theatre. According to many scholars, this art originated in India. Reference to shadow theatre is found in the Tamil classic Shilappadikaaram. Many Western Indologists such as Pischel, Luders and Winternitz are of the opinion that the well – known Sanskrit drama Mahaanaataka was originally written as a play for the shadow theatre. This art form is, thus, at least one thousand years old. It apparently went to Southeast Asia, Turkey and other places from India.

When it comes to Madhya Pradesh, a land dedicated to wildlife, to spectacular marble rocks, to royal palaces, to temples, to spiritual journeys to get in touch with your inner-self or to the joyous depiction of lifein every mood, then it is probably true to say that ‘MP ajab hain, sabse gajab hain’.

Ogilvy Mumbai has created the new commercial. It will be supported by a 360 campaign to intensify engagement with consumers through media like radio, print and digital.