The new season of reality show to bridge the communication gap between the children and parents. 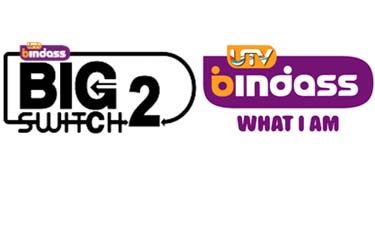 How often have you considered swapping your parents with those of your ‘lucky’ friends’? How often have you considered ways to make your kid realize your worth? Have you heard your parents say ‘you’re such a brat! If only you had stricter parents!’ Have you heard your kid scream out in anger ‘Stop nagging me all the time! I’m not half as bad as kids my age!’. Do these questions ring a bell? Do they remind you of the heated arguments you have back at home? If yes, then you’re more than ready for the Big Switch!

Reiterating its dominance in the youth space by persistently creating innovative and cutting edge content, UTV Bindass has announced the second season of its very popular show Big Switch. While the first season of the show had the uber rich kid rough it out in the slums amongst fellow ‘rich’ contestants, grappling with the day to day challenges faced by the average slum dweller. After having created dominance with a unique format with its inception season, the creators of the show were faced with the challenge of coming up with an offering of a level above.

Tremendous research work and with a viewpoint set to deliver promising entertainment to its viewers UTV Bindass Big Switch 2 is back by public demand and will now focus on a ‘switch’ of a different kind – bridging the communication gap between the children and parents. For the first time parents and kids would be seen on the same platform expressing their true sentiments on national television. UTV Bindass’ sole goal through this show is to make families at large learn to appreciate what they have. Despite of modernization and urbanization cropping into our day to day lives, one cannot ignore the basic instincts each one has towards their respective families. We live in a country where family is of upmost importance till date and how much ever we may progress, one’s relationship with their family remains quite intact. Watch the action unfold as families get geared to witness a reflection of their day-to-day lives, beginning November 19, 2010 at 7pm every Friday only on UTV Bindass!

Commenting on the announcement of Big Switch 2, Nikhil Gandhi, Business Head, UTV Bindass said, “We are back with the second season of Big Switch this time in a whole new avatar. The success of the first season backed by primary research conducted regularly with the youth, we have conceptualized the show this time which will showcase the youth’s real life on national television. The show focuses on an issue very important amongst the youth today – ‘Generation Gap’ with the parents. Research gave us an insight of the issues the youth of today have with their parents because of the generation gap and the difference in mindsets. The show will take one through a fun ride where you will see the youth make a choice of living with another set of parents and the drama that unfolds after that and vice versa. Gaurav Kapur is the host of the show and UTV Bindass hopes to create with Big Switch 2, another phenomenon like the other shows in the past.”

BIG SWITCH 2 is being produced by UTV Content with inputs from Creative Director Indrojeet Ray and Directed by Deesh Mariwala. The program is conceptualized by the Bindass Team, Head of Programming Shalini Sethi & Executive Producer Kartik Bhatia and Creative Director Ranjit Pathak.