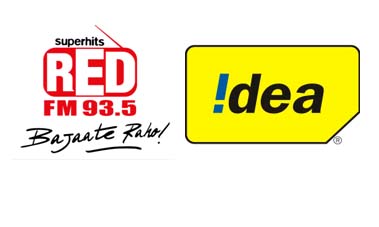 Engaging in brilliant storytelling, RED FM the station for expression, recently epitomized Idea Cellular’s ‘Bolne Ke Liye Bhasha Ki Zaroorat Nahin Hoti’ campaign on 7 stations. To illustrate the simplicity of the core idea of the campaign, Red FM created the story of a lovelorn outsider who does not know a word of Hindi, Marathi, Kannada, Telugu or English and yet, braves the fast-paced city to try and find this girl he’s lost his heart to.

In this unique programming integration, RED FM introduced its listeners, in Mumbai, Pune, Ahmedabad, Kolkata and Hyderabad, to an interesting character called Muthuswamy. The RJs got the city involved by helping him with the local language and proving that an idea could overcome any language barrier! Similarly, in Delhi and Bengaluru, Red FM scripted success with Marathi-Manoos Godbole and the Malayali Joby Matthew respectively, who had also travelled far away from home to find love and had turned to Red FM RJs and listeners for help.

Over the week long campaign, listeners called in to translate what the on-air character was saying and to help him explore the city in search of his lady love. The listeners helped him find ‘saapad’ (meals) in Mumbai, cheap and affordable lodging at Paharganj in Delhi and even fought for him when he ‘argued’ with auto-wallas in Pune!

The entire activity, which ran simultaneously on all 7 Red FM stations from the 25th to 30th October’10, was cleverly integrated within regular programming of RED FM and was also scripted to ensure that it demonstrated the premise of the Idea campaign and not just ‘promote’ it.

Commenting on the success of this novel activity, B. Surendar, Senior VP & National Sales Head, Red FM said, “With its innovative promotions both on and off-air, RED FM has been able to strike the right cord with its listeners establishing itself as one of the most differentiated brands in the Indian Radio industry. Whenever we get into commercial innovations, we make sure that it’s not just our clients who are satisfied, but our listeners too. The enthusiastic response that we received across markets proved that given the right kind of stimulus, radio listeners are arguably the most engaged and involved of all audiences.”