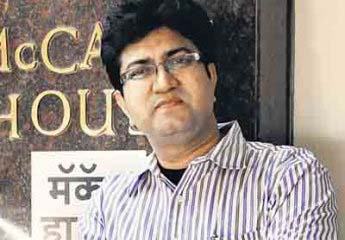 The first three of four jury presidents are announced for the Dubai International Advertising Festival, the leading creative advertising and communication awards for the Middle East and North Africa.

Prasoon represents the rare breed of creativity which transcends conventional boundaries to find a connect with the consumer. Prasoon is recognised for bringing about a paradigm shift in the Indian Advertising Industry. Considered the torchbearer of the contemporary face of Indian Advertising, he has been instrumental in putting India and Asia on the World Advertising stage.

Turning the fortunes of many big brands, he is accredited with marrying ‘creativity and scale’ – From the path breaking Coca-Cola campaign to Happydent Palace chewing gum to brands like Intel, HP-Compaq, Nescafe, Microsoft, and a host of indigenous brands speaks for itself.

Under his leadership McCann Erickson India has transformed into a veritable creative powerhouse and has been acknowledged as one of the most respected and admired agencies in India. The success in India has set in motion the creative renaissance of McCann in Asia, with its Malaysia, Singapore and other offices’ steady climb.

With More than 400 awards including Gold Lions won at Cannes as well accolades at other International awards shows, he also has vast experience of having judged prestigious award shows like the One show, D&AD, Clio and was Jury Chairman at Cannes in 2009 and on its Titanium and Integrated jury in 2010.

The World Economic Forum nominated Prasoon a ‘Young Global Leader’. He joins leading public figures and intellectuals under the age of 40 who have been selected to collectively shape the world’s future. The only Advertising professional in India who was on the Prime Ministers board of Advisors (Communication Advisor to the erthswhile Prime minister) he is on the advisory board of several national committees.

His columns on brand and advertising and social issues in leading national dailies are highly regarded. In October 2009, he conferred the National Award by the President of India for his writing contribution towards significant social cause through the feature film medium. His Indian Feature Films foray like ‘Rang de Basanti’ and ‘Taare Zameen par’ amongst many others has met with critical and commercial success garnering acclaim in form of coveted Indian Film Industry Awards like the Filmfare, and International ones like a BAFTA nomination and shortlist at Oscars. As a prolific Poet he has had 3 published books of poetry and prose.

A postgraduate in Physics and an MBA, he defies convention and is a consummate creative writer whose contribution in the Advertising and literary world has been inspiring for individuals and society.

“I am honored to be part of Dubai International Advertising Festival. The creative tradition from this part of our world has always fascinated me especially when I came to know that in ancient times there were instances of disputes settled through use of poetry, whilst laying arms aside. I am keen to see and gain a finer understanding of the distinctive cultural codes that are bound to reflect in the work. Regional shows like Dubai Lynx are extremely important as they bring to light and celebrate work whose unique texture sometimes remains unrecognised internationally. Encouragement and appreciation is an important part of a creative fraternity’s need and the Dubai International Advertising Festival has provided a stellar platform for this. The team of Dubai Lynx is responsible for bringing in international standards of excellence to this festival in all aspects and I look forward to a creatively stimulating and enriching experience,” said Prasoon.

Besides, the Direct, Sales Promotion & Activation and Interactive Jury will be chaired by the Chief Creative Officer of Jung von Matt, Armin Jochum. Mike Cooper, Worldwide Chief Executive Officer of PHD, in charge of over 70 offices and over 2,500 staff around the globe, will lead the Media jury.