Lowe conceptualizes the campaign with an objective to make consumers switch to Idea. Watch the TVCs here. 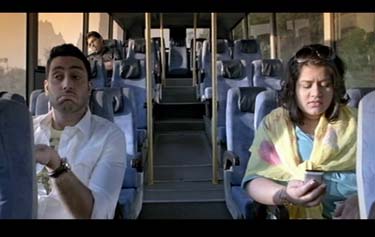 Lowe conceptualizes the campaign with an objective to make consumers switch to Idea. Watch the TVCs here.

Idea has launched a new ad campaign as a precursor to upcoming Mobile Number Portability (MNP). Idea has taken the lead to inform consumers that MNP is coming soon and that they can exercise choice if they are not satisfied with their mobile service provider. Mobile consumers looking for better network, service, products & tariffs etc. can move to the Idea network, post MNP.

The campaign is conceptualized by Lowe Lintas which has created 4 TVCs.

The key message of the campaign is - ‘No Idea - Get Idea’ while the objective of this campaign is to pre-empt Mobile Number Portability, a playful take on the brand’s name to establish the superiority of idea over competition.

The campaign consisting of four commercials which address four important mobile service problems like Network, Customer service, Plans suitable to the customer’s needs & Instant information on balance deduction. In each of the commercial a person is stressed about the above mentioned problems while Abhishek Bachchan is this cool dude who appears to be fully in control and having no problem whatsoever.  Concerned about the person’s problem, Abhishek Bachchan asks him/her, ‘Why is the problem happening?’ To which he/she replies, ‘No Idea’. That’s when AB points out to the root of the problem and says, ‘Get Idea’.

The idea of the campaign is to make consumers switch to Idea for a tariff plan that suits you, better customer care better network and instant information on balance deductions without changing your number - Mobile Number portability.