Counterpoint Called Off, Will The Buck Stop?

Vir Sanghvi takes a break from Counterpoint after Radia Controversy. Speculations are rife about the fate of other journalists involved in the controversy. 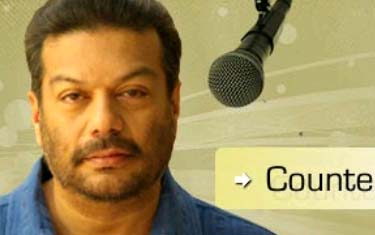 Counterpoint Called Off, Will The Buck Stop?

Vir Sanghvi takes a break from Counterpoint after Radia Controversy. Speculations are rife about the fate of other journalists involved in the controversy.

So, Radia Tapes Controversy has finally done its first damage to the media. Vir Sanghvi has called off his famous Hindustan Times column ‘Counterpoint’. Sanghvi in his last column wrote that Counterpoint is taking a break and will be back when life gets normal. “I have no desire to subject counterpoint to this filth. It deserves better,” wrote Sanghvi.

Explaining his stance, Sanghvi wrote in Counterpoint that the tapes are doctored and have been selectively leaked. In an SMS reply to BestMediaInfo.com, Sanghvi said that he’ll continue as Advisory Editoril Director of The Hindustan Times. But the rumour has it that HT is slowly widening distance with Sanghvi.

The tapes released late last week of purported conversations between high-powered Indian lobbyist Niira Radia and eminent Indian journalists have baffled the industry and major media outlets barred few haven’t picked up the story. The indulgence of icons of a generation in such kind of activities has sparked an array of views from all quarters. The ethics and morals of journalism have been questioned by some.

Senior editors like N.Ram and Sanjay Baru have been the only editors who have been vocal and have openly criticized the involvement of Barkha Dutt and Vir Sanghvi. In Karan Thapar’s show ‘the Last word’ N.Ram said that had it been the BBC or the Washington Post the alleged journalists would have gone. But it is unfortunate that in India they still continue with the organization. Sanjay Baru went to the extent of saying that Journalism in India needs a cleansing process. Ironically, no other TV channel except CNN IBN discussed the involvement journalists in Lobbying.

Names of Senior Journalists like MK Venu and Prabhu Chawla have also emerged in the controversy. Their conversations with Niira radia are also in public domain and the editors have left no stone unturned to defend themselves. Prabhu Chawla in an attempt to defend himself even sent email to all senior journalists clearing his stand.

NDTV has shown full faith in Barkha Dutt. Despite all the damage the Radia controversy has done to her image, she is still continuing with her Flagship shows ‘The buck stop here’ and ‘We the people’.