Brings near live American content for the first time in India with 37 hours of original programming each week. 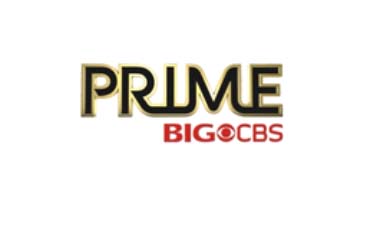 Brings near live American content for the first time in India with 37 hours of original programming each week.

BIG CBS Prime will feature America’s top rated television shows from CBS Studios international, with the USP of airing almost concurrent to the United States, delivering its promise of the latest, freshest and hottest shows. Delivering more hours of fresh programming and less repeats, with 37 hours of original programming each week, BIG CBS Prime will feature hit shows like NCIS, Survivor, acclaimed Late Show with David Letterman which will air within 24 hours of airing in the US, the newest American cop drama Blue Bloods, critically acclaimed legal drama The Good Wife, Hollywood magazine shows like Entertainment Tonight and The Insider, the all time favourite Frasier and the fast paced forensic investigators drama CSI: Crime Scene Investigation

Commenting on the strategic business plans of BIG CBS Networks, Tarun Katial, CEO, Reliance Broadcast Network Limited said, “The launch of BIG CBS Prime is the first step towards addressing the current need gaps of Indian viewers for internationally acclaimed quality programming. BIG CBS Networks aims to address current gaps felt by the Indian viewers for fresh international programming. With the current time lag between the US and India premiers of shows ranging 9 months or more and minimal content exclusivity, the appeal of current programmes and networks offering this genre of programmes is limited. As a result of this, the English programming as a category is highly under-developed. With our exclusive range of programming mix, BIG CBS is uniquely posed to grow the size of this market.”

Ensuring optimal reach at launch of its first channel, BIG CBS Networks has entered into strategic alliances with leading MSOs –  Reliance BIG TV, Digicable, Den Networks and Hathway leveraging their pan-India footprint to ramp-up the network’s reach.  It has recently also inked distribution deals with InCable, Airtel DTH and 7Star taking total reach to 20 mn households across India. The Channel will also be available on AsiaSat3S, the most widely reached satellite platform across Asia and Australia.

Tarun adds, “Through our distribution tie-ups, we have achieved nearly 100% target audience coverage to reach over 20 million households on the day of launch”

As part of BIG CBS Networks’ plans to offer a prolific programming mix, it has signed strategic deals with Sony Pictures and NBC Universal for exclusive access to a library of hit Hollywood movies to beef up its weekend movie programming. The Company is also in talks with other international studios to acquire a slate of hit Hollywood films.

A key component of BIG CBS Networks’ programming strategy is to Indianise international shows for its Indian viewers. There is hardly any localization of international formats in India, considerably limiting the potential of consumer engagement. BIG CBS plans to tap this potential by Indianising some of CBS Studios’ best known and most successful shows. It is, currently, working on the Indian format of Entertainment Tonight, US’s hit No. 1 syndicated entertainment news magazine. BIG CBS plans to rope-in a leading Indian actress to host the Indian version of Entertainment Tonight on BIG CBS Prime.

BIG CBS Networks has the unique advantage of leveraging the equal joint venture between RBNL and CBS to create a definite differentiator. BIG CBS Networks will be given the preferred access status for any new show from the CBS Studios International stable. As a result, some of the most popular new series in the States will find their home on the BIG CBS Networks’ channels.

As part of its air-time sales strategy, BIG CBS Networks plans to tap luxury brands for airtime slots and luxury brands advertising will form a critical volume on the channels. BIG CBS Networks will allow these luxury brands to tap into its focussed target customer groups for their brand marketing needs. The Indian luxury market is pegged to reach a USD 30 billion by 2015, with its advertising growing by 43% in the last 4 years. With increasing awareness, consumerism and availability of the products in the country, the revenue potential only points north.